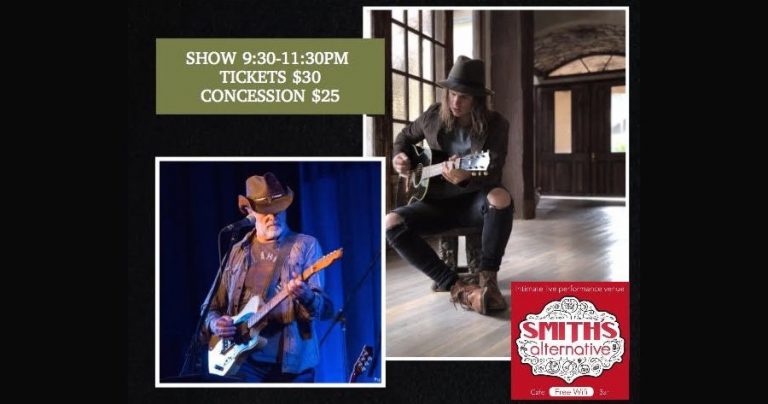 Bill Chambers and Brandon Dodd have teamed up together for a run of shows down south to promote their new albums. Bill’s new album ‘1952’ came out early this year and Brandon’s debut album What a Way to Die is scheduled to be released soon.

When Bill’s not playing in his daughter Kasey’s band he’s either producing other artists in his studio Chambers Avenue, or touring the world playing solo.

Brandon has for the last 5 years played guitar and sung in Kasey’s band, while also fronting his own band Grizzlee Train.

Brandon’s touring experiences have resulted in enough original songs to produce his own album What a Way to Die.

The boys will be performing songs from their new albums and will both play various instruments on the night.