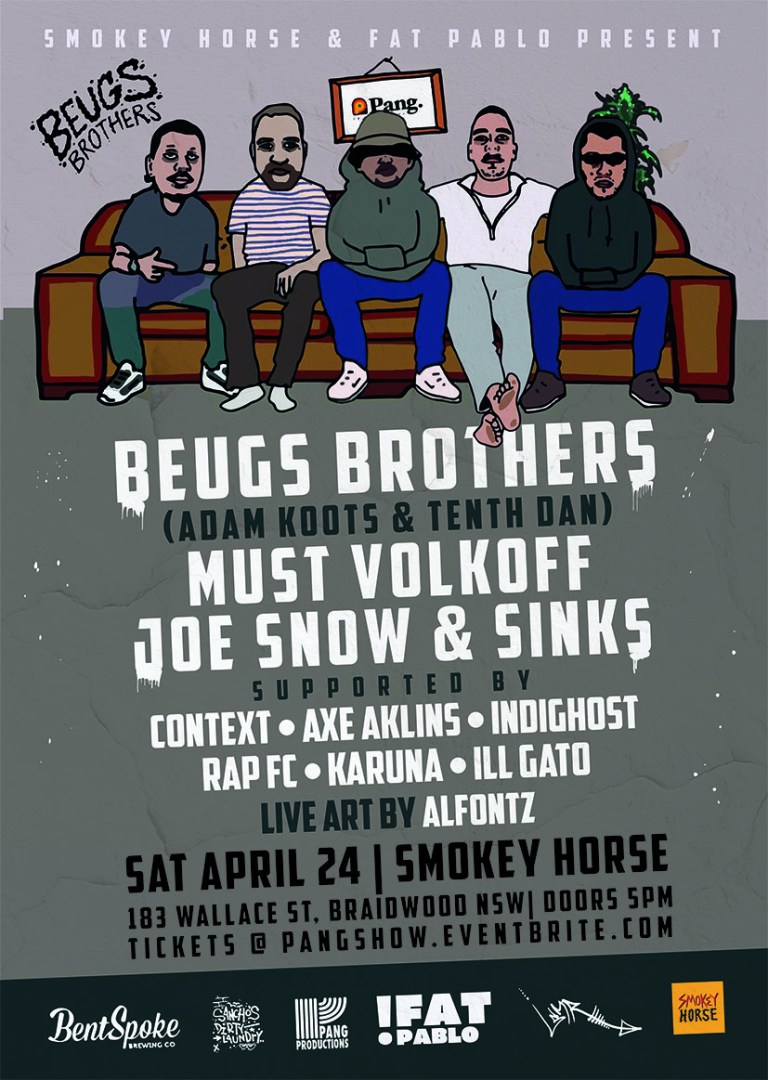 Pang Productions are a Melbourne based Hip Hop collective with a cult like following. They have stapled themselves in the lug holes of thousands across Australia and beyond and are now coming to play their first show in ACT since the covid break out.

Headlining the show will be the Beugs Brothers. Adam Koots & Tenth Dan have created a psychedelic wave across the country with their slow smoked out vibes & farcical animated music videos. With their debut album release looming this will be the first live show the duo have performed together.

Joe Snow made a move to Melbourne 5 years ago after a decade long career with Leeds Hip Hop pioneers Defenders of Style. He burst onto the Melbourne scene with his ep I Know You Know Me You, featuring the graffiti writer’s anthem She Wish. Since then he’s been involved with a number of collaborative projects with the crew, the most recent being the Fresh Pastries EP with Sinks.

Sinks is the newest member to the gang, consistently dropping fire albums annually earned him the Hilltop Hoods Initiative/APRA Grant in 2017. His hard hitting political flows bring a style that has put him on the stage of many big festivals and award ceremonies.

Finally we have the label director Must Volkoff. His last solo album Aquanaut was nominated by Music Victoria for Best Hip Hop Album and more recently he’s been making big moves in Europe with his latest release Tailor Made Ostrich, starring UK veteran SonnyJim released on vinyl by Tuff Kong Records.