Melbourne modernist trio AM Reruns announces its debut self-titled LP, due out on 9 August and, on vinyl, from 23 August. Conceived by guitar player and singer Andy Campbell, AM Reruns’ 10 tracks of mod guitar music marry classic pop intros to the hyper-compressed structures of Red Bird 7″s: each song is brief, thrilling, noisy and vital. The result is an idiosyncratic take on ’70s L.A. punk rock with a sliver of Northern England drama.

Formed in December 2016 as Lip Sync Chicks — a nod to the Replacements — the band took its cues from iconoclasts Johnny Marr, The Only Ones, and The Plimsouls, with a dose of heady escapism from teenage dramas Buffy The Vampire Slayer and The O.C. Opening with its defining statement, the midnight pulse of “Looking For A Victim” — a Marr-tinged riff tapping into a rich vein of ’80s post-punk — the album shows off the band’s eclecticism, skirting proto-punk on its latest single, “Vicious”; Mats-esque romance on “Bad Time Child”; and L.A. power pop on “Dial-in Static”. The LP includes appearances by Baby Blue’s Rhea Caldwell (“Slow Learner”) and MAGNETS’ Siobhan McGinnity (on the Everly Brothers-inspired “Formal Night”). At 31 minutes in length (the same running time as A Hard Day’s Night), AM Reruns’ is a timeless sound: a new-wave, rock’n’roll rush for a new generation.

The LP follows the band’s debut 7”, Looking For A Victim b/w Bring That Boy Back, included in Erica Dunn’s “Best of 2018” rundown on PBS FM’s “Mixing Up The Medicine”. To kick off 2019, Capitol Records and L.A. rock-scene veteran Bruce Ravid added “Looking For A Victim” to the playlist of his syndicated U.S. radio show “Go Deep With Bruce Rave”.

AM Reruns are: Andy Campbell on guitar and lead vocal (best known as guitarist with Melbourne staples Jim Lawrie, Nat Vazer, and Box Rockets); Daniel Parsons-Jones on the bass guitar and harmony vocal; and, since February 2019, Shauna Boyle on the drums (from iconoclastic punk rock group Cable Ties, Jackson Reid Briggs & The Heaters, and Customer).

1. Looking For A Victim

7. Winding Down The Dream 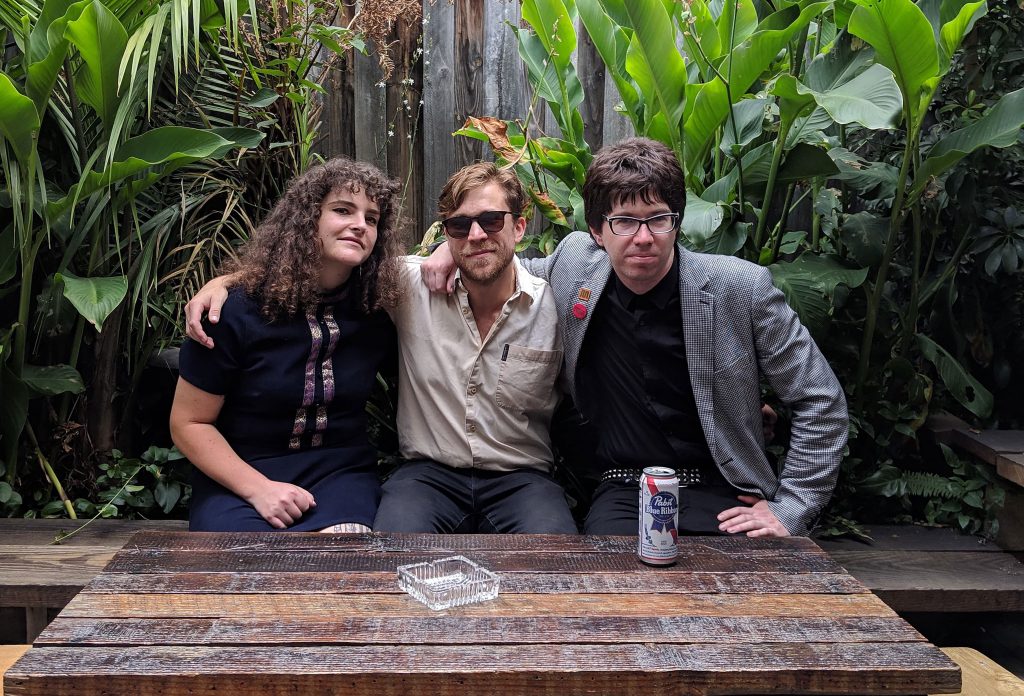 Tickets at the door on the night.