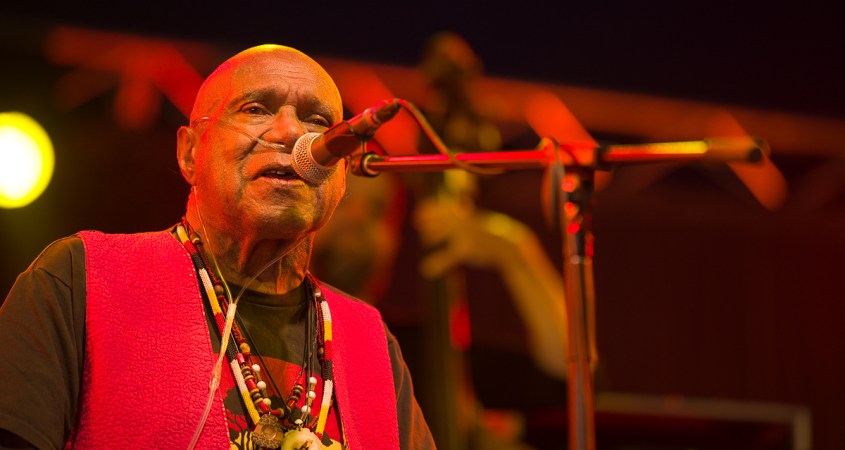 After a three-year interval, the National Folk Festival returned to Epic this Easter — and what a joy it was.

Despite several unavoidably last-minute performer cancellations, they were joined by, thankfully, plenty of established festival favourites, including the risqué All Our Exes Live in Texas; the witty Stephen Taberner leading the inimitable Spooky Men’s Chorale; Chaika; Paverty Bush Band; the Miriam Lieberman Trio; Mal Webb and Kylie Morrigan; the Maes; and the amazing raconteur musician Fred Smith, who as usual also appeared in several combinations.

All in all, the variety in music alone sufficed to make the event entertaining for everyone, and included, as usual, concerts pitched at children. And almost without exception the talent on show at the main venues, wide-ranging as it was, stood out for its superb musicianship.

This year’s Festival had a noticeable reduction in the number of venues, but it was still impossible to sample them all even for ten minutes, so the reduction in venues did little harm. Replacing the Majestic tent of previous years was an enormous open-sided pavilion, named the Narragunnawali Stage, seating even more than the Budawang, and it was here that the festival’s best lighting setup, formerly in the Budawang, brought the stage to magical life; here, the lighting was a concert all in itself.

The complaint common at every National, of uncontrolled sound volumes, recurred in concerts on the main stage, where the sound was often stupidly loud, especially in the higher frequencies. (Ironically, the chief audio technician there was unable to hear anything said to him after one of the concerts, though his own protestations of inability to hear were clearly audible. Industrial deafness is no joke.) But such overkill was far less in evidence at other venues, where the sound was generally not only perfect in volume but beautifully balanced, as though the sound technicians really were paying attention and really weren’t deaf.

As I reflect on the festival’s highlights as I see them, aside from the consistent but almost indefinable atmosphere of goodwill and cheerfulness, what stands out is a very particular quality that combines musical feeling — that indefinable quality we commonly call musicality — with harmonic inventiveness and technical precision in a musician who can make all that work with similar qualities in fellow musicians.

These outstanding combinations of talents, though by no means universal at the National, you find commonly enough to allow musicians who have first met only 15 minutes ago to perform together as though they’d grown up together. And it’s such talent synergies, along with the ubiquitous camaraderie that pervades the event, that make the National a festival to remember.