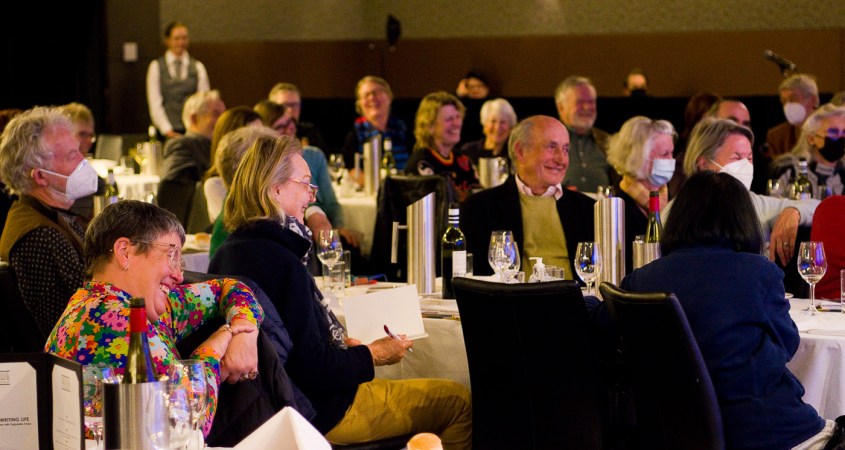 Since its inaugural occurrence in 2016, the Canberra Writers Festival has gone from strength to strength, this year’s production offering a plethora of events covering just about everything readers could be interested in.

The festival’s theme was, again, Power Politics Passion, which of course the program reflected in its inclusion of writers concerned with the political, environmental, health, and social issues affecting Australia and the globe. Writers also explored the past and what that can tell us, and contemplation of what the future might hold and why.

But amongst the more serious subjects that have drawn pen to paper — such as Vladimir Putin, money laundering, and how defamation laws confine the media — appeared sessions relating to social commentary, children’s literature, and adult fiction, and they contributed as much to the festival’s spirit of comradeship and camaraderie as the others.

Programming quirks and venue separation meant that it wasn’t possible to attend more than a third of the sessions on offer, and that’s something that could be improved upon so that festival goers needn’t, in order to attend just one terrific session, sacrifice attendance at two or three others.

Most of the session interviewers and moderators, themselves having done their homework and knowing a thing or two about writing, made their own very interesting contributions to discussions that were almost without exception eloquently informative and sometimes hilarious.

I found the festival’s volunteers unfailingly cheerful, polite, and helpful, but the entire event seemingly went remarkably smoothly. It was terrifically well-attended, and the lines of book-buyers were satisfyingly long — encouraging signs at a time when some doubt books’ continuing viability.  And it was pleasing to see so many authors chatting with attendees keen to ask questions privately and to pass on their thoughts.  Should next year’s festival match this year’s, it will be one not to miss.