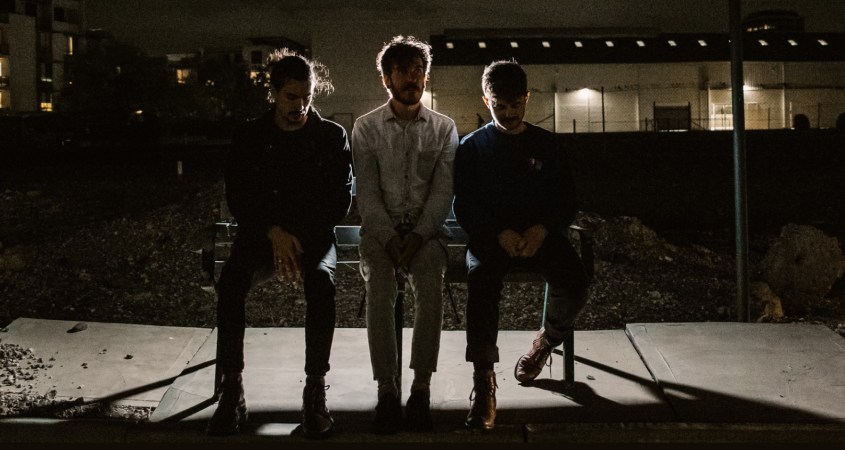 The Midwest emo band from the Mideast of Australia, NORA, has released its debut EP, Black Wattle. Comprising McAlister (guitar and vocals), Johnson (bass), and Bates (drums, shouts and backing vocals), Black Wattle is a cohesive collection of tracks with a discernible connective thread to the band’s first releases.

NORA’s debut single, muted lights, was a raw guitar-driven indie-rock offering with a sense of unrestrained urgency that made for an apt coupling with the group’s second release, Monkey Grip, an equally unprocessed record yet sparse and trepidatiously laid back, containing a seething disquiet whose emotional focus was the conclusive force of the track.

What’ll NORA have in store for ‘Wattle?

The four songs featured on Black Wattle use these initial releases as starting points from which a more distinct version of the band’s power emerges.

The set opener, Duffy St., harnesses a subtle melodic hook and echoes of the more elemental excursions of post-grunge. As such, it delivers not only a fitting introduction, but a succinct linking of the band’s strong points.

Lonsdale St. follows on from the opener. A faster-paced song, it culminates in the band’s propensity for blazing accents. One soon learns this is another aspect of the group’s composite style.

The supervening title track is a mere two-chord sequence. It’s a slow boil with a limited palette and gloriously suffused ambience bending and breaking in starkly emotive ways.

The closer, Retirement, is a merging of all the detonating compulsion of the band’s wares. Not least of which is the anarchic drum work which forms the base for the song’s rhythmic fire. It also contains an uplifting melodic allure, tethered to a series of frantic accents. Although clearly delineated, they seem part of the track’s genetic code.

Black Wattle is a uniformly powerful musical statement, with a compelling mix of emo rock thrills and absorbing, electrifying nuance.

You can listen to, and support, NORA right now on Bandcamp.