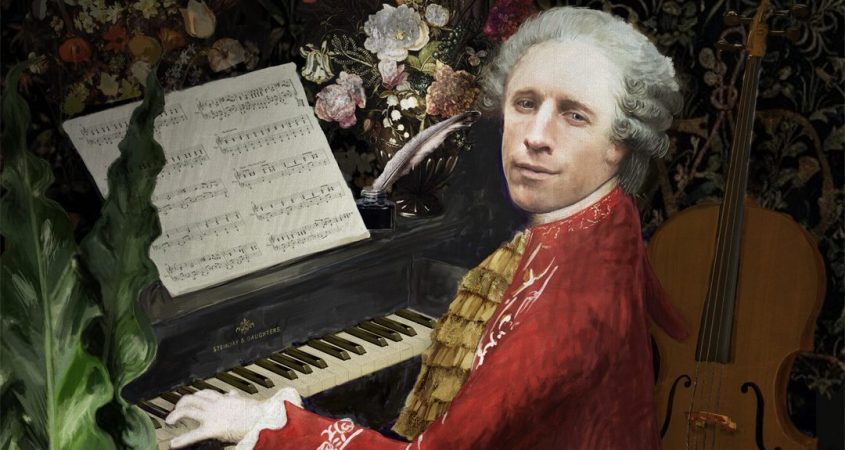 As seasons of mist and mellow fruitfulness continue to wax, BMA has lovingly gathered together some of the best and brightest artsy happenings the fair city of Canberra has to offer.

As the years go on, the accolades amass for beloved comedy-with-music champ Sammy J. Winner of Best Comedy Song 2020 at the International Songwriting Competition, and described as “an endlessly creative talent,” by Time Out, London, and “this country’s finest and most astute satirist,” by The Age, the star of ABC TV and radio gets back to his musical comedy roots, performing songs from his ARIA-nominated album Symphony in J Minor and beyond. Mr J will sing, play, croon, belt, warble, purr, and chirp until you kindly ask him to stop. 7:30pm. $45-$48 + bf via Canberra Theatre

The Canberra Circus Festival brings the best in Australian circus to the ACT for a jam-packed season of laughs, gasps, and excitement. There are shows for all ages and fun for everyone. The festival showcases everything circus can be: impressive, beautiful, messy, silly, serious, pensive, and joyous, sometimes all at the same time! It’s a glorious five-day festival of great Australian circus, magic, comedy and burlesque, with workshops, markets, food drinks and fun galore. Be sure to check out canberracircusfestival.com.au for session times and further info

An original, witty, pop-fuelled musical packed full of sass, SIX remixes the history of the six wives of Henry VIII – Britain’s notorious Tudor King – as they take to the microphone to re-tell their stories once and for all. The SIX powerful women are transformed from Tudor Queens to Pop Princesses as they take court in Canberra to reclaim their identities out of the shadow of their infamous spouse, twisting the narrative from five hundred years of historical heartbreak into a celebration of 21st century girl power. Check canberratheatrecentre.com.au/show/six-the-musical/ for times and tix

Luka Lesson is one of the country’s greatest performance poets and storytellers. Accompanied by cinematic scores and hip hop numbers composed by Sydney Conservatorium of Music’s James Humberstone, this soulful performance will ignite your heart. Agapi & Other Kinds of Love tells the story of Socrates and his mysterious lover, Diotima. Inspired by his heritage, Luka takes the audience on a journey from ancient to modern-day Athens and shows us how love prevails despite the trials and tribulations of the ages. $55-$45 via nma.gov.au/agapi

Three sisters, reunited after ten years in different worlds, again feel the constraints of family life. It is Meg’s semi-autobiographical novel, recently short-listed for the Booker prize, which overshadows their homecoming. Described by Peter Craven of The Australian as “a powerful … Australian play that begins as a comedy about national identity and develops into a familial drama of great poignancy and reverberation.” Can’t argue with da Crave. $49 – $38 via canberrarep.org.au/content/hotel-sorrento

You might know Steven Oliver from being sexy on ABC’s Black Comedy. Or from hosting Faboriginal on SBS. But his talents don’t end there; get ready for a rap, a sing, a tap, and a lot of shaking his ring. Bigger and Blacker has been described by Sydney Morning Herald as a ‘tour de force’ comedy cabaret and is guaranteed to get you laughing, thinking and shimmying. With good pal Michael Griffiths on keys and harmonies, Steven makes his Canberra debut with this acclaimed show that has dazzled audiences all around the country. $45/$40 via belcoarts.com.au/bigger-blacker/