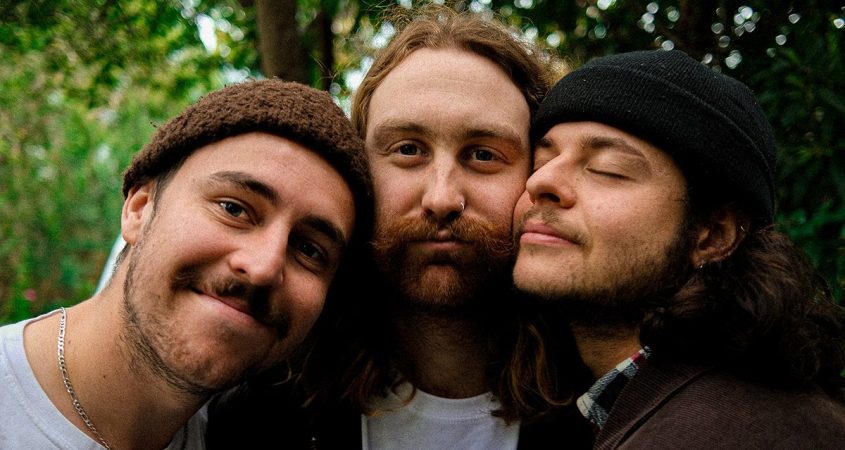 The Basement becomes a vehicle for Melbournians The Grogans to take punters on a trip to the coast and back with their signature spacey surf/rock music, celebrating the release of their new coming-of-age single Just A Kid.

The Grogans come to The Basement after successful shows in Torquay and Wollongong. They will be joined by hometown heroes Sputnik Sweetheart and newly relaunched Chins. Rounding out the bill is Ivy Lore, a Canberra act performing their first ever show.

Having supported the likes of Ocean Alley, Maddy Jane, Northeast Party House, Dear Seattle, Drunk Mums, The Chats and Polish Club, The Grogans have been developing an engaging live show since the release of their debut EP in 2016. Cacteyed and their follow-up EP Wangs n’ Cans a year later opened the door for their many support slots. And now, they have set out on their own headlining tour.

Enter Sputnik Sweetheart. The Canberra outfit has been making a name for themselves playing shows after releasing Jealousy early last year.

Up-and-comers Chins are also set to relaunch with their new lineup. The outfit now features Emily Moran (aka Emilia Grace) on vocals and Riley O’Kane on bass.

All in all this line-up is set to create a vibe that shouldn’t be missed.

“We are extremely grateful that The Grogans are adding a last minute stop to their tour, bringing some fun to Canberra and spotlight on some amazing local talent,” says Nicky Green, promoter and founder of Milestone Entertainment.

The Grogans with Sputnik Sweetheart, Chins & Ivy Lore hits Canberra this Friday Feb 11, 7pm at The Basement. Tickets are $25 +bf and can be purchased via Oztix.com.au or in person at the door.