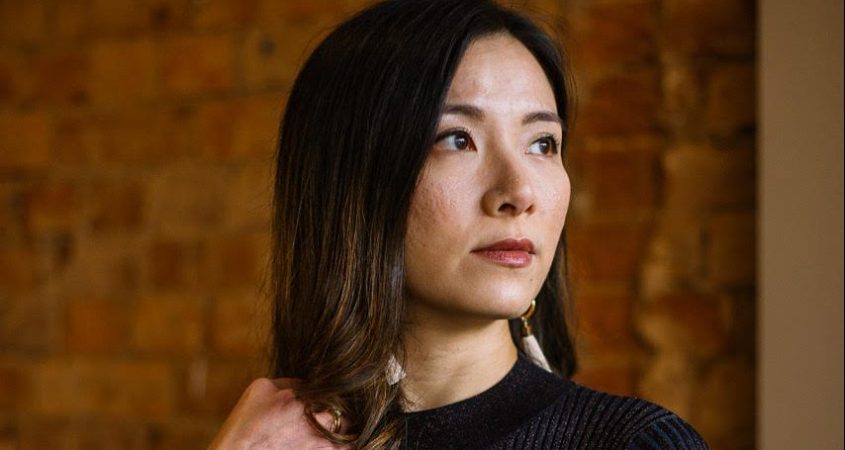 Singer-songwriter Kim Yang has released her second EP, Brave, a project partially funded by artsACT. The EP launch will be held at The Street Theatre on Friday, 17 December 2021.

Since 2019 Kim has played many festivals, including National Folk Festival, Enlighten Festival, and Floriade. She also released her debut EP Ocean of Mind.

In 2020, despite the global pandemic, Kim released a bushfire tribute Garden of Eden, and Dominoes, which premiered on triple j Roots N All. Kim recently performed at the Stage 88 Australia Day Concert, Carole King’s Tapestry Concert, TedxCanberra Women: Fearless, and sold out her headline show at Good Folk 2021.

All of which have lead to the Brave EP.

Both tracks mentioned above feature on the new EP, a collection of songs that reveal the various stylistic shifts of Kim’s writing.

The EP’s opener Brave explores self-preservation, utilising a series of strong melodic lines to enhance the blue though a not disconsolate undercurrent of the lyric. The verse melody is reminiscent of a 1960s classic folk-pop tune. Its abstract magic instantly takes hold of you, providing a welcoming point of entry into Kim’s world.

Dominoes, the following track, reveals a more subdued folk approach at play, the restraint of the verse and chorus parts wedded to the circuitous acoustic guitar chord progression. Its prominent notes add another hook and further emotional pull.

Garden of Eden is the EP’s most powerful testament to Kim’s creative energies, undoubtedly because of its autobiographical nature. The track’s stark fragility works in tandem with the rawness and clarity of the lyric.

The EP’s closing track, Fantasy, harnesses a more personal angle. When coupled with the easy shuffling groove of the musical accompaniment, it feels less dramatic but no less authoritative.

Kim’s narratives are perhaps as critical as her melodic creations, mining the personal to achieve a relatable balance, with universal appeal a natural consequence. This idea is perhaps most notable in Dominoes, with lines like, ‘We build our own roads’ and ‘We will find out path when the time comes’, both of which one might absorb as subliminal hope and connect with more directly.

Either way, Kim’s inner quests and discoveries are our delectations.

Keep up with all things Kim via her website.