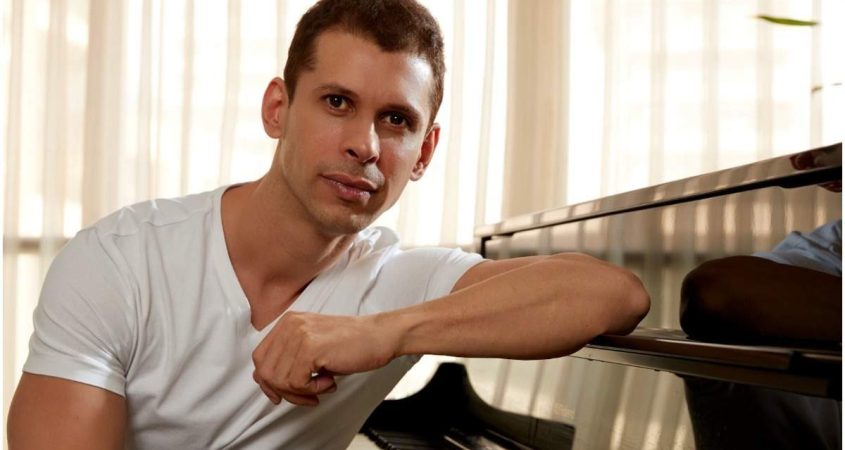 British global award-winning musician, songwriter, and entrepreneur Shayan Italia has released Armour of Love. It’s the follow-up to his debut single, Warriors, which has attracted a tidy 8 million plus YouTube views.

The new track is similarly earnest and direct, utilising a semi-ballad template to underscore a simplistic but resonating theme. Cue the strings, the piano-led rhythmic pulse, the unadorned band backing. This lets Shayan’s quite whimsical vocal approach do its work.

Despite its lack of surprise value—end key change mod notwithstanding—the song fulfils the quota for those hungry for Elton John-like balladeering. Or Broadway torch song showstoppers. Or, indeed, any number of lighter-waving tunes of the past.

Shayan Italia’s touching – and mightily impressive – ode to his parents

As Shayan says about the latest release:

“My mother and father loved each other till their dying breaths, which I had to witness as a boy. They were each other’s Armour Of Love.

“Your Armour of Love is someone who sacrifices for you long-term. Who uplifts in your darkest hour. Makes you believe you can achieve anything when there’s no belief in the air. The song releases on 16 November, my late Mum’s birthday. It features a truly magnificent team of 135 Grammy, Emmy and Oscar-winning personnel coming together to create something truly special.”

Aside from his musical prowess, Shayan is also a philanthropist. He has helped raise USD 250 million for Cancer Research and Multiple Sclerosis in memory of his parents. In 2018, Shayan was crowned Global Indian of the Year for his outstanding contribution to India.

His version of the Indian National Anthem, an ode to his late Mum, stands as the most viewed national anthem online.

Shayan is also a Zoroastrian, like the late Freddie Mercury of Queen. Zoroastrianism is a philanthropic, benevolent minority community worldwide known for giving back to the people.

And, he was discovered by the British television host and journalist Sir David Frost, no less.

Shayan’s ability to draw on his skills to create an accessible piece of grand pop-rock fare is clear. It will undoubtedly endear him to the masses, and welcome healthy streaming numbers.

You can keep up with Shayan Italia via his website.