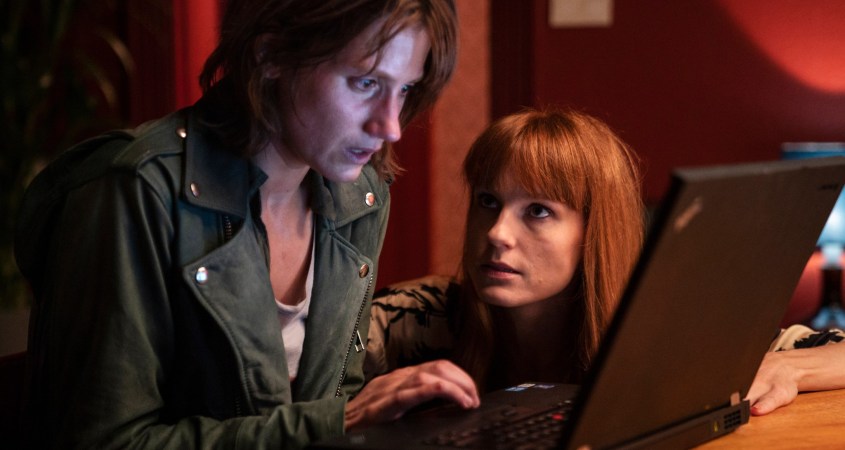 Four colleagues working in a small research centre in Copenhagen concentrate on exposing acts of genocide and their perpetrators.  Iben (Danica Curcic), a researcher and writer attempting to discover what leads people to commit such acts, and herself suffering from PTSD arising from her time as prisoner of a terrorist group in Africa, focuses on what constitutes evil.

Iben’s fellow writer and closest friend, Malene (Amanda Collin), fears that librarian and relative newcomer Anne-Lise (Sidse Babett Knudson) is angling for her job.  She enlists Iben’s sympathies and confidence, and the unit’s secretary, Camilla (Lena Maria Christensen), sides with them in to ever-so-nicely freezing out the hapless Anne-Lise.

Things take a nasty turn when both Iben and Malene receive death threats.  Though the team’s members initially tie the messages to a Serbian war criminal, their suspicions gradually turn to one another as assumptions take on lives of their own.  With the office politics becoming uglier and hidden truths coming to light, each woman’s life unravels.

It’s testament to the acting and directing that we feel each character’s response to emotional barbs chiefly through the subtlest alterations in facial expression.  Well-plotted, with camerawork bringing us into the action and providing atmospheric shots within the large book-filled work space, and using psychological tension more than overt violence, The Exception piles confusion upon mystery upon uncertainty, culminating in a final plot twist whose meaning the film, though strongly hinting at it, doesn’t spell out.  Moreover, the ethical issues that the characters must work through, and that Iben in particular is aware of, provide plenty of food for deep thought not only on office politics but also on the nature and origins of evil.  How far may we go in protecting ourselves before we in turn become the perpetrators?