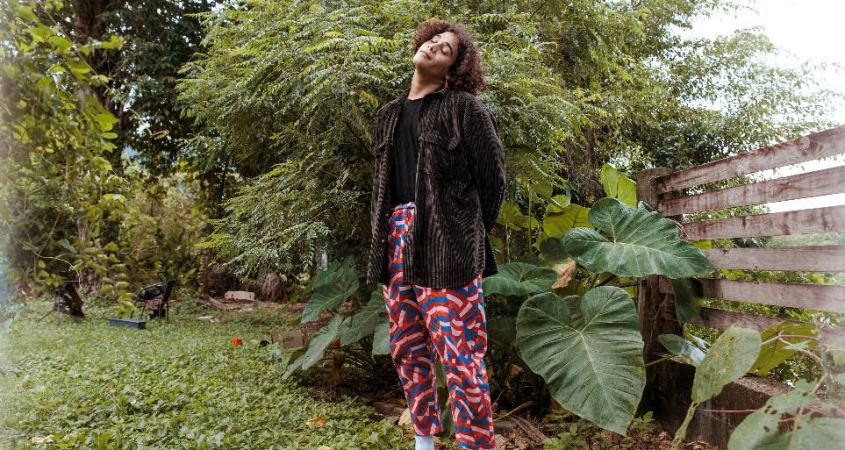 The multi-instrumentalist Jelly Oshen has already attracted a considerable amount of media attention for his indie-pop style. Jelly is about to release a new track, Easy Peasy Lemon Squeezy, taken from his forthcoming album, which he worked on throughout the lockdown.

The latest release follows the success of Cigarettes, which helped Jelly generate more than a quarter of a million plays on Spotify so far. Easy Peasy Lemon Squeezy was produced by long-time collaborator DubKlaat and mixed by 6x Grammy winner James ‘Bonzai’ Caruso.

The new release is the sixth single for the young singer-songwriter. It skilfully merges many of the inviting elements of Jelly’s previous tracks in what is a more natural, easy-going form; a laid-back rhythmic centre enhanced by subtle textural touches and melodic lines that soothe and placate rather than saturate.

Jelly has spoken about the inspiration behind the track:

“I wrote this song about how a lot of people think dating or loving someone is a big, complicated fantasy world like Lord Of The Rings where everything needs to be perfectly good and bad, but really it’s just two people finding each other and are willing to change for another.

“If you already know who you are, it’s really easy to change for someone you love.”

Easy Peasy Lemon Squeezy fuses an R&B groove with Jelly’s idiosyncratic sensibilities to create a breezy, accessible contemporary pop track sprinkled with a dash of equally quirky humour. The hook of this track resides not only in its nod to current musical production traits and linguistic stylings but in Jelly’s quite persuasive vocal performance; unhindered and suitably soulful.