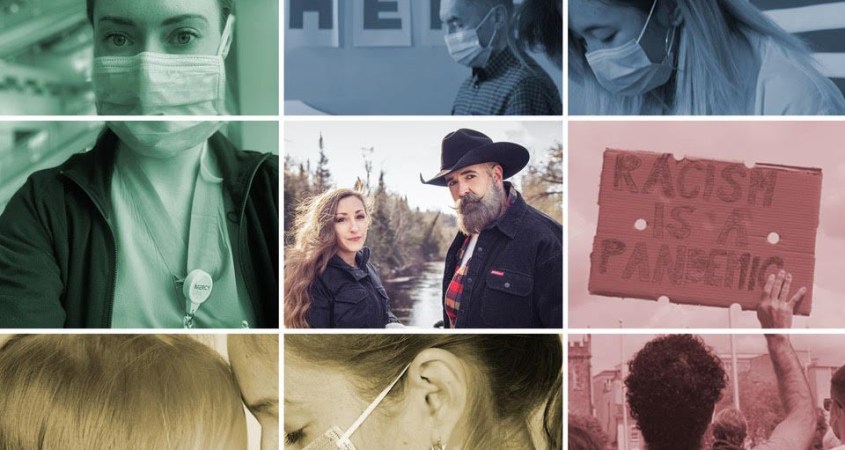 Drake Jensen is a rising country music star as well as a leader in the LGBTQ community. With the launch of his debut album, On My Way to Finding You in 2011, the first video featured an LGBTQ love theme, which caught the attention of Andy Towle of Towleroad, who named him one of the Top 50 Comings Out of 2012.

Drake Jensen’s 2011 debut album On My Way To Finding You, recorded on Nashville’s Music Row, marked the start of a new chapter in this Glace Bay native’s music career. Jensen’s most recent single, Burn the Floor released in May of 2020, did well at Australian radio and was voted Video of the Year by fans of the site Country Queer.

Since then, he’s released three studio albums. Now, the Nova Scotian and acclaimed Nashville recording artist has just released a reimagined take on the Corey Hart 1985 hit Never Surrender in a duet with Ottawa artist Lisa Thompson of the band Sovereign Council.

Dedicated to the front-line workers that helped the world through this challenging year, Never Surrender is the lead single from Jensen’s upcoming fifth studio album, ICONIC, which will be released soon. It includes versions of iconic Canadian songs from Lennie Gallant, Gordon Lightfoot, Anne Murray, Leonard Cohen, and Rita MacNeil.

Never Surrender has been given a contemporary country-pop makeover—cue the lazily equable lap steel guitar, the shimmering keys, the delicate silk of the vocal work—and in the process reminded us of the strength of the melodic tendencies of this somewhat almost forgotten 80s track. The pre-chorus’ recalcitrant melancholy is a weighty rest stop between the more inflated intonations of the verses and the chorus.

However, all sections conjoin effectively, modernized and benefiting from a more subtle production approach than the original. With almost 100k Spotify streams, Never Surrender will no doubt increase that number for Drake Jensen.