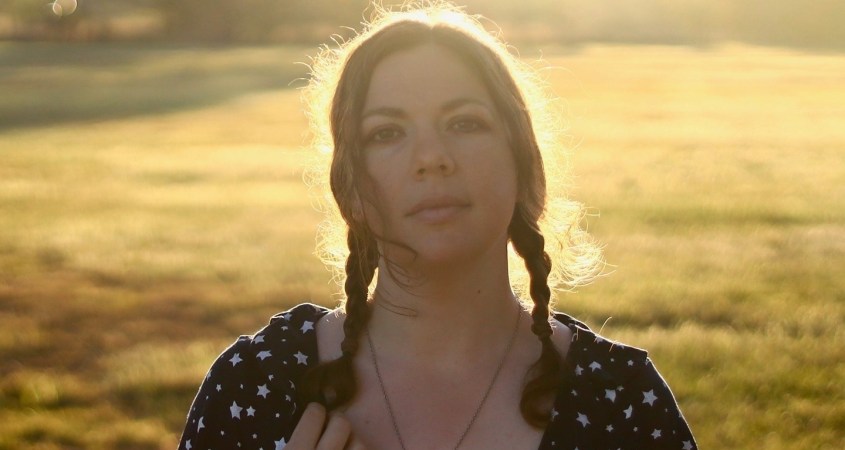 Singer-songwriter Lisa Maps, formerly from Canberra but now based in Brisbane, has just released a new track Black Summer.

The song is a follow-up to Thoughts and Prayers, which was named track of the week by Canberra’s 2XXFM. Taken from her forthcoming sophomore EP the new song reveals a few subtle stylistic shifts without deviating too much from her previous work. And the production is noticeably less dry, a powerful sense of ambience now present, emboldening Lisa’s stringent articulation without detracting from her more vulnerable tones.

The title is no doubt a giveaway as to the subject matter here, and the impacts of climate change that are to be explored on her forthcoming EP announce a thematic thread that is welcome if not expected.

Black Summer begins with a laid-back triple time acoustic guitar part, around which the rest of the track rotates, with an alleviating amount of space between the vocal parts engendering a dynamism as effectively as it can, despite the bare instrumentation.

Lisa’s voice retains its elegant edges here, particularly during the verses, but there is an increased fervency when the chorus hits, with some potent high notes helping to supercharge the emotion as well as enable a pleasing melodic surge to evolve. The consoling cadences of the backing vocals also add to the intensity, reinforcing an excitable solidarity and broadening the aural picture at just the optimum point.

Following the second chorus, which effectively marks the end of the vocalised sections of the track, there are a series of acoustic guitar syncopations, rather dramatic hits and strums that seem to reflect on what has been heard in the preceding passages; but this reflection seems to divulge the less obvious pertinences of the track.

And in a strangely illuminating and inviting way, these non-vocalised parts seem to reinforce the melodic inventions, the lyrical heft, and the unassailable flair of Lisa’s artistic commitment.