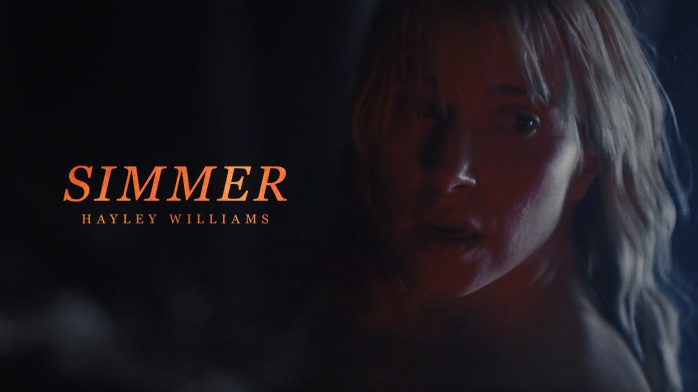 Hayley Williams, the front woman of the three-piece band Paramour from Tennessee, has gone solo with the debut album Petals for Armor with ‘Simmer’ as its lead track and launch single.

Like its title, this song radiates pent-up heat, not from love but from anger.

In an album full of desperately personal themes, Simmer stands out due to its seething fury at abuse suffered at the hands of others with themes of revenge. The vibe of the song is dark and dangerous, starting with laboured breathing, leading to spaced, weighted, fuzzy key strikes.

Then the hypnotic, menacing beat kicks in and her breathing becomes increasingly ragged in a syncopated rhythm which matches that of the music. The first word – ‘Rage’ – unmistakably sets the scene. Words are delivered in a languid, sensuous fashion in the verses, before they roll out in a faster, more desperate manner in the chorus, with breathy hooks thrown in for good measure.

The lyrics pull no punches with lines such as, ‘I’d sooner gut him, ‘Cause nothing cuts like a mother’. The song highlights the difficult choices to be made with, ‘Oh, how to draw the line between love and mercy’ and the accompanying video reveals that Williams’ closest enemy can be herself.

Williams tells herself to control her rage, with a repeated mantra ending in ‘simmer down’. The song’s lyrics also provide the source of the title of Williams’ album, and the EPs which preceded it.

This is a killer song that does not merely simmer; it positively boils over.