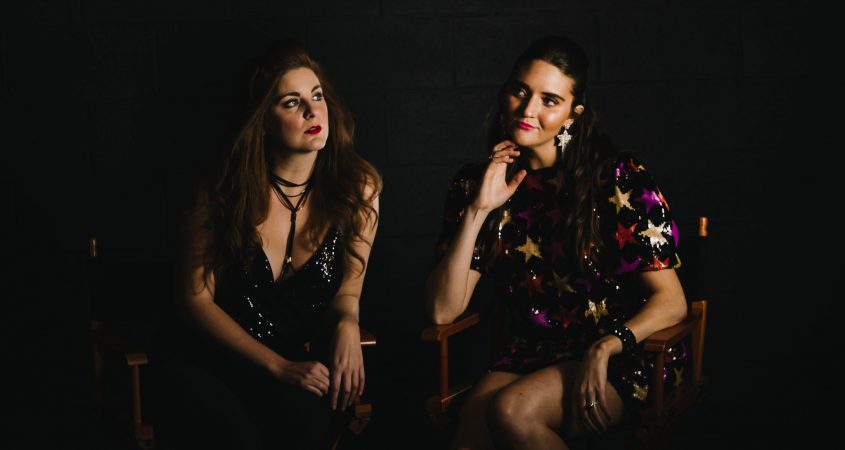 Calamity Jane, the recently formed US musical outfit led by violin virtuoso Lucy Cantley and vocalist extraordinaire Camille Rae, came out of the box with all guns blazing earlier in the year with their arresting yet allegiant version of the Charlie Daniels Band classic Devil Went Down To Georgia.

Their debut went on to have decent radio success here, receiving support from major radio organisations including the KIX and CMC national radio networks, as well as getting some important attention in the US with CMT, The Country Network and The Heartland Network all supporting the band.

It would indeed need to be quite a tune to follow up Devil Went Down To Georgia but Calamity Jane have given it a good shot. The Chase retains that characteristic play-off between violin and vocal, which is ever present in both versions of the Daniel’s song but with this new release, manages to embrace a memorable country pop tune as well.

The Chase is a worthy bridge between the adoption of a tried and tested song and the introduction of a self-penned track, always a difficult one to cross when the aforementioned hit is a debut. But Calamity Jane has fronted up armed with a song that is melodically substantial and lyrically resolute.

It’s a survival song, riffing on the inner turmoil one might feel when pitting ambition against submission. The interplay of violin and voice, the sonic aspects that are the stand-out features here, creates an adequate if not felicitous foundation for such inner exploration, the conjured visuals of setting suns and wandering souls aided by the disarming nuances of string and human voice.

The Chase is an astute choice for a follow-up, with the requisite parts—country, folk and pop—all on show and in fine form, no doubt this design boding well for the band’s blossoming future.