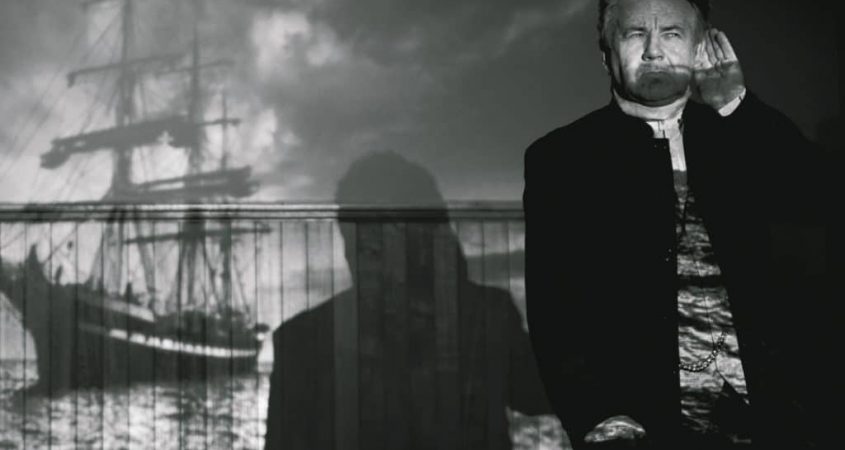 In 1852, the clipper Ticonderoga arrived in Melbourne’s Port Phillip Bay after a three-month voyage from England. By then, a hundred of those who had boarded in hope of a better life had perished from typhus, and, in order to manage the contagion, the survivors were quarantined on a small beach for six weeks. Pivotal to their survival were the efforts of the ship’s young surgeon, James Veitch, assisted by passengers. Dr Veitch and a passenger, Annie Morrison, married, and became the great-great-grandparents of writer, broadcaster, and performer Michael Veitch, the author of Hell Ship and seven other books. Michael Veitch has since adapted this one for stage, his production beginning its tour at The Q in Queanbeyan.

A one-man show is inherently difficult, relying for its success on a single actor’s versatility and imagination. Michael Veitch was certainly equal to the task. Using a clever set and great lighting to good advantage, he convincingly and seamlessly slipped from character to character — including that of his ancestor, Dr Veitch, narrating, in his 70s, the transformation of the mirage of the promised land into a nightmare of suffering and death. Michael Veitch’s compelling and unflinching performance renders deft and humble testament to the fortitude and humanity of those whose fate was so profoundly affected by the 1852 voyage of the Ticonderoga.