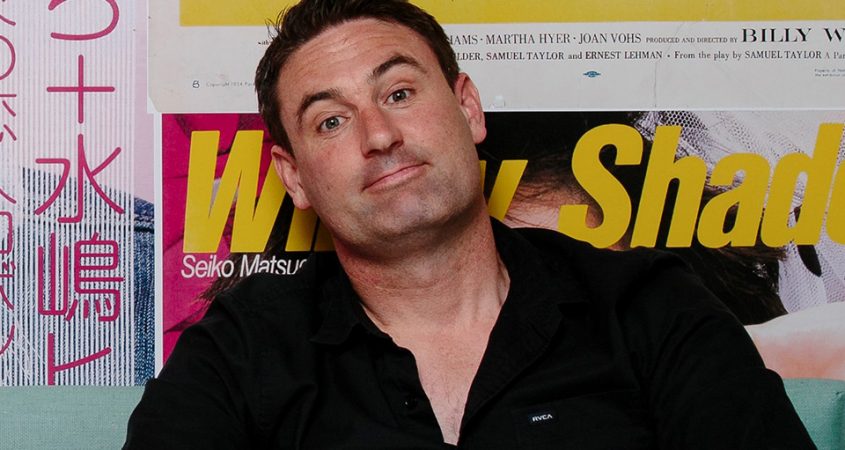 [FRANKIE McNAIR] Your show… give us a bloody run down.

[Tom Gibson] My show is called Red Tape Worm, which is a term used to describe someone who is overly fond of rules. I am not one of those people. Just this morning, I went swimming immediately after eating a partially re-heated meat pie that was way past its use-by date.

Not following rules is liberating but sometimes it doesn’t work out. Like this morning when I went swimming immediately after eating a partially re-heated meat pie that was way past its use-by date.

Red Tape Worm deals with what it’s like to be a rule-breaker and how to deal with when it all goes wrong (tip: pretend it didn’t happen until someone forces you to create a plausible story for how it wasn’t your fault).

Several years ago you were a teacher. Teaching or Comedy, which one is harder?

Teaching a primary school class and performing comedy are actually very similar. You stand in front a group of people, telling them stuff you’ve just made up and then hope they don’t complain to their parents. Tough thing about comedy is you can’t lock members of the audience in a cupboard if they aren’t behaving.

Is it a lot of responsibility being tall?

I’m actually not that tall. I’m taller than a lot of other comedians but that’s just because comedians are shorter on average than people in proper professions. The reason for this is short people have lower self-esteem than tall people, which is a key quality for becoming a comedian. I source my low self-esteem from other flaws.

Change your name to anything in the world what would it be?

Jerry Seinfeld. I think it would do wonders for my career.

The hours. Sometimes I work for sixty minutes a day!

Earning literally dozens and dozens of dollars every year.

I also like the moment a new joke idea pops into my head, and whenever someone tells me they enjoyed a specific joke, particularly when it happens so long after the show that I’ve forgotten I told it.

If it seems like a job you’ve got to do is a total waste of time, try not doing it. Most times, no one will notice.

Red Tape Worm is a show built on a mountain of half-truths and outright lies that will appeal equally to people who make bad decisions all the time as it will to those who are pretty much perfect.

Tom Gibson performs Red Tape Worm over at The Street Theatre on Saturday, 21 March 2020 at 07:15pm. Tix are $25 + bf from https://au.patronbase.com/_StreetTheatre/Productions/TG20/Performances