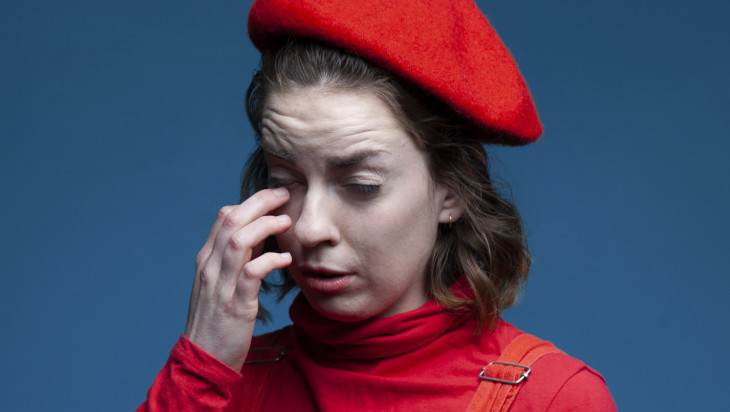 [FRANKE McNAIR] Your show… Give us a bloody run down.

I spent three years of my life and roughly $50,000 studying a visual arts degree only to pursue a career in comedy. This show is my attempt to utilize everything I learned in the landscape of a ‘90s children’s television show.

You studied art. Do you think you’re better than everyone?

You have a very powerful energy. Explore this.

If you have to ask you’re not ready to know.

Do you have a defining moment where you thought, ‘Yep. I want to try comedy’?

I think so, but it was about four years before I actually tried it. I decided on my first open mic in 2017 while at an airport, drinking a boost juice at seven in the morning and thinking ‘surley this isn’t it’.

You are an incredible photographer as well as comedian. Did you always envision you would be able to do both? Or did you ever think you could only persue one option?

Honestly, I always thought one would have to be a hobby and one a career. The great news is, because they’re both in the arts, they’re both hobbies now! 🙂

Explaining jokes to relatives at family gatherings after they’ve seen me on the youtube.

I’m 24 and know nothing about the world. I’m still angry at people with money. If you’re going to do a visual arts degree don’t try and cram five subjects into one semester.

I’ll be at the Canberra Theatre’s Courtyard Studio on March 18th and 19th at 7pm. All jokes aside, I’ve worked incredibly hard on this show and am really excited to perform it in my hometown and am so appreciative of anyone buying tickets. Thanks for supporting the arts.