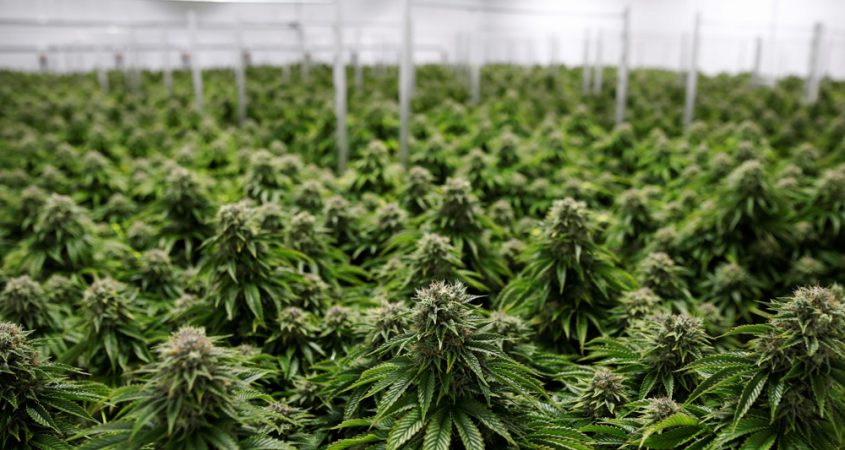 Labor back bencher Michael Pettersson’s bill passing the ACT legislative assembly, effectively legalising the recreational use of cannabis, was always going to kick off some classic conservative vs progressive reactions around the nation.

While the bill has been in discussion for quite a while, it seemed to catch many of the assembly’s federal counterparts by surprise. At a high level (sorry, the puns will be kept to a minimum) the law allows for 50 grams of dried cannabis, 150 grams wet, and/or two plants in the backyard without charge.

In principle, it’s not all that revolutionary. Michael Moore, then Health Minister, led the decriminalisation of pot back in the early ‘90s, and for similar amounts of possession. The worst thing you would expect to cop would be a small fine and an empty stash.

The thing that united both sides of the debate all over the media, however, was something that you had to be a recreational smoker to pick up.

The Deputy Prime Minister said he didn’t want to drive in Canberra anymore because of drug drivers; ironic given how prevalent methamphetamine use is in his Riverina electorate. Something else he suggested in the heat of the interview at a road safety event in NSW gets to the heart of this riff.

He accused our assembly of, “…probably spending too much time smoking hooch themselves”. Our very chill Chief Minister, who fronted the ABC Drive show the day the bill passed, says that he doesn’t partake. I went to school with him, and I believe him.

The Minister for Home Affairs, on a 2GB radio interview, lambasted the assembly for being “trendy” and saying the law was “dangerous”, as the potency of marijuana has increased because it’s “grown in factories now”. The almost soulless metronome his conservative ex-policeman response reminded me of his tendency to over cook an issue. Think of his “Victorians are afraid to eat in restaurants” type take on so-called African gang issues. But this was to be expected.

Less expected was the 1992 decriminalisation bill Michael Moore passed, which was quoted earlier in the week as saying, “the bill had struck the right balance’” On 2CC’s Sunday Roast with Rod Henshaw and Robert Macklin of the Canberra City News, Mr Moore was asked about how police manage this new law. Without missing a beat, the former Health Minister talked confidently on the Australian Federal Police’s ability to exercise their well trained discretion.

Then he made me realise what had been so irksome about the rhetoric in the week since the bill passed. Mr Moore said that someone with a two metre plant in their back yard would, “clearly not be a recreational user”.

It struck me that the debate, from its proponents to its detractors, had something in common. They have no fucking idea what they’re talking about when it comes to the substance they’re trying to regulate.

You see, I’m a product of Belconnen, and was hitting adult hood just in time for the arrival for the Simple Cannabis Offence Notice, or SCON. I have greatly enjoyed recreational use of marijuana and, at times, growing it in my backyard, and even in a hydroponic tent a few times through the cold winter months.

It should also be noted here that I do not for a moment advocate or deny the potential negative health impacts of marijuana use. That said, I’ve experienced 28 years around people who are regular users who are fine, tax paying citizens holding down steady jobs and careers.

So while the politicians and media hand-wring over the poor, highly trained, and mostly very sensible police being confused about their job from January 31 2020 (not to mention the temptation of children to the gateway of gateway drugs) spare a thought for the people this law, at its core, is there to benefit – the recreational pot smoker trying to avoid breaking the law.

Here’s a quick newsflash. Despite all the t-shirts and paraphernalia featuring pictures of the famous seven-fingered green palm, unless you are utterly desperate, no one is consuming the leaf. As many people who have had the police raid their grow rooms will tell you, every last scrap of matter, including the largely useless stem and roots, will be weighed and held against you in the charge.

Marijuana is also split into two main species. The Cannabis Indica strain, and the Cannabis Sativa strain. Grossly over simplifying, Indica produces more of the psychoactive THC and the medically fantastic CBD. Sativa still is able to pack a punch, but less so. While there are a dizzying array of varieties in the taxonomy of these two species, the point is the plants themselves.

Indica are typically shorter, bushier, and produce denser flowers or ‘buds’ which is what you will want to produce for your 50g dry quota. Sativa varieties, while less potent, are more appropriate for fibre and oil production, but can grow very tall indeed.

In either case, two plants in your backyard could be comfortably seven foot plus in a pot, unless you know how to manage their growth. Either of those plants could comfortably weigh 3-4 kgs of “wet” pot in leaf and flower.

So if there was a maximum of four plants in this scenario, the day you pull them out of the ground, you could suddenly find yourself with 16 kgs of wet weed.

Are users required to harvest 150 grams at a time?

If Michael Moore was concerned that a two metre tall plant was not for personal use, where are we now?

The ACT Liberals also blocked hydroponic weed because there’s a perception that it’s more dangerous and able to produce higher THC weed. Well, I hate to break it to you guys, but that’s not strictly true. All hydroponics really do is create a better condition for your 2-4 plants to grow all year round, and allow them to be cultivated a little quicker.

Also, the law is ambiguous here too. By definition, “hydroponic” is a method of growing a plant without soil in a nutrient enriched water solvent, usually under lights. So, is the issue the lights, or the water? Does this mean you can grow pot under lights as long as it’s in soil? I’ve got some more good/bad news for you. You can grow some intensely strong, high THC Indica strains in soil.

Minister Dutton’s “they grow it in factories” comment comes back into it. The cooler way of saying it is, “it’s not your grand daddy’s pot”. You see, the thing that hasn’t come up in the last few weeks is that marijuana has been a commercially legal goldmine in 11 states in the USA, and medically available in 33.

As one would expect from America, this has turned marijuana into a massive industry that has also monetised and refined the product into a very well understood commodities market. During a trip to a dispensary in Colorado or California, one might more closely associate the salesperson to a sommelier, explaining the product’s flavour, strength, and effect with a detail that would be at home in a Bret Easton Ellis novel.

“Your grand daddy” would have been familiar with pot and hashish, the dense chocolatey resin that used to be the kind of ‘next level’ in the taboo world of pot. The sheer abundance of supply that legalisation has heralded in America has created an explosion in the ‘innovation’ of pot products.

Dried herbs and hash now share shelves with ever stronger products from edibles that would REALLY upset the segment of the population concerned with marijuana appealing to youth. Gummy bears and every lolly and chocolate you can think of being packed with THC that can deliver an almighty hit to even seasoned smokers that is absolutely NOT for kids.

Another ‘innovation’ in recent years has been the advent of concentrates.

Rosin is an Ancient Greek method of pressing pines (typically) for a thick yellowish oil concentrate. This has been applied to marijuana for a very intense THC rich wax. There are solvent extracted tinctures, sap and oil products, and there are more cleaner refined concentrates under the banner of dabs, shatter, and wax, which generally describe the texture of the product.

This grouping also includes flavoured vaporiser liquids that have come under the spotlight of the Trump administration recently. The ‘innovation’ has also changed the method of delivery. Smoking is still the most common, but vaporising and edibles have exploded in this environment.

All of this is a million miles away from where we are now – but it is relevant to the discussion on where this road goes.

Let’s not pretend smoking anything is a healthy pastime, least of all a concentrate that has been extracted utilising a solvent.

Let’s not pretend that marijuana is safe for young people in particular. Excellent studies in New Zealand measured the terrible impacts of marijuana on young brains that had yet to develop into adulthood, demonstrating where IQ noticeably depreciated throughout adult life on children who smoked marijuana before their brain developed.

It should be noted for balance that users that started after adulthood suffered no such deprecating effects.

And drug driving? You don’t need to be a deputy Prime Minister to know that’s a bad idea, even if you’re bombed out of your brain. The binary nature of the tests days after taking it, though, does’t accurately reflect impairment.

The positive thing that the US has learned post legalisation is that extracting CBD from Marijuana has had a plethora of medical applications without the psychoactive effects. These offer a great alternative to pharmaceuticals, and that element of the legalisation discussion has almost been completely overlooked in the initial reactive outpouring to the bill.

While a bunch of his comments I disagreed with, possibly the best point made in the first days after the passing of this bill were by Shadow Attorney General Jeremy Hanson, in an interview on ABC 666. I’m paraphrasing, but essentially he said the most important part of a good bill is clarity.

What we have from these laws is not clarity. For anyone. The Federal Government, and those opposed in the ACT, should indeed press for harm minimisation from the health angle. Education is going to be one of the most important aspects of this being any measure of a ‘success’.

However, it isn’t just going to be young people that require the education.

Politicians from either side of the debate are going to need to understand the reality of this decision. The opposing crowd need to do some objective research to acknowledge, for example, the Netherlands where the pot coffee chop experience was such a tired cliché that their youth had far lower instances of trying or regularly using pot than pot prohibition in USA and Australia.

And recreational users are going to have to learn to swallow some facts; if you’re going to use an argument that “it’s not as bad as alcohol/cigarettes/gambling/trans fats/harder drugs” then it’s inherently flawed.

Especially flawed when arguing about being behind the wheel of a car. For God’s sake. We’re pot smokers, not idiots.