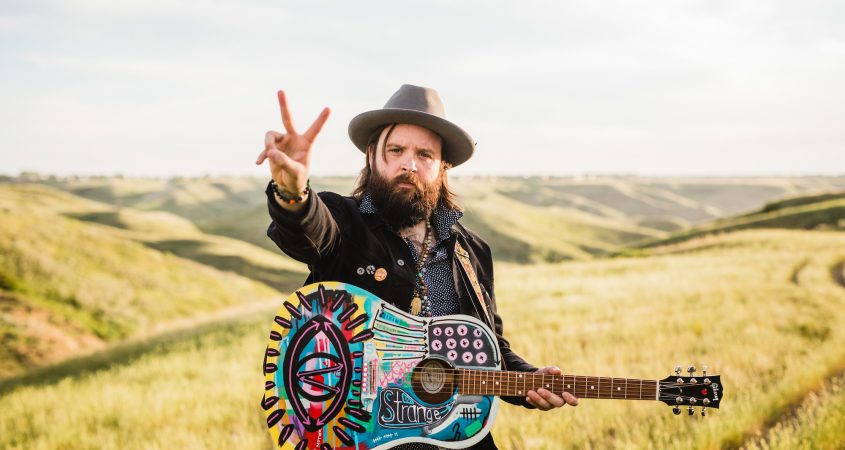 Canadian alt-country singer Leeroy Stagger (yes, it is a brilliant moniker for a country dude) began his quest for musical fame and fortune with the 2002 EP Six Tales of Danger. He has been a prolific artist ever since, with ten albums to his credit, with Strange Path clocking in at number 11.

Opener Mother, a fast-paced foot tapper with pinprick keyboard highlights and smoky vocals, speaks of the bonds to one’s family and country. However, expectations of a predominantly country flavoured album fly out the window from there on.

Deeper Well employs an unusual, offbeat twangy start. and the kick-off for Breaking News also stands out with its combination of unconventional drumming and a bubbling synth line. The song features a catchy riff of high-pitched guitar picks, has a fuzzy aspect to the vocals, and a story line which is definitely non-rural in theme.

Strange Attractor has an indie-electro flavour, courtesy of the buzzing synth which dominates the song. Nobody Alive Gets Out of Here, an alt-county track with keyboard highlights, looks at the difficulty of escaping the gravitational pull of small-town life.

The variety continues with the rocker Jesus & Buddha and the indie These Things with its warbling electro undercurrent. Leonard Cohen is Dead advances slowly at funeral march pace, with a haunting atmosphere, as it philosophises about existences beyond this life in an offbeat salute to the famous singer.

Get To Love then wraps up the album with snarls of dirty, bluesy guitar.

Stagger’s latest album is a long way from the expectations generated by his alt-country tag. He grabs the attention with plenty of indie-rock influences and some inventive beginnings.