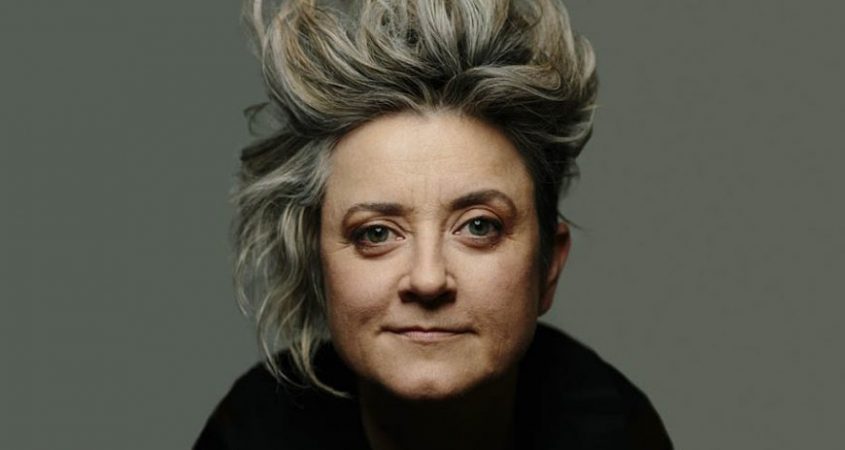 We caught up with Chris ahead of her Friday 22 March – 7pm show Bogus playing at The Street Theatre.

I always wanted to try comedy because it seemed like a way of lecturing people without qualifications or intellectual rigour. Plus, who doesn’t love making people laugh?

My comedy is the kind that is funny. If you force me to go into it more, I’d say observational stand-up.

I’d say: “Chris is the urgent voice of a generation that suspects the expectations increasingly being heaped on people to be well-rounded, Zen fitspo gurus is in fact driving them crazy.”

Performing corporate gigs are usually the most ludicrous experiences. Waiting to do comedy in a tiny room to business people who don’t want to hear comedy gives you a very specific set of feelings you never would put your hand up for if you weren’t being paid danger money.

My worst ever corporate was for a Burrito chain when I had to perform stand up to the Canberra Centre food court at lunchtime with a broken speaker. Just imagine that for a while. I am embarrassed in my own home when I remember that.

Here’s a section where you can write anything you’d like (why wait for the right question when you can riff yourself!)

Most interviews with comedians are boring, earnest and technical; who really cares what I like or how I feel? Don’t judge me on this, come and judge me on my show Bogus, 7pm this Friday at The Street Theatre. I watch the ticket sales almost in real-time, I am that obsessed. Feed this rat some love by buying one.

Comedians hate being asked “tell us a joke” when people find out they’re comedians.

So… What’s one of your favourite jokes? (either of yours, or someone else)

Jokes are like comedians, I don’t have a favourite, sorry. Generally, I like it when a comedian captures something banal or inane that we haven’t previously seen that way…

Oh, ok, I thought of one. John Cruckshank always looks like he’s high but he’s insightful and brilliant. In one of his bits he says he’s been getting into conspiracy theories: “Here’s one: Diet Cordial [dramatic pause] Why wouldn’t you put more water in normal cordial?”

Stop being selfish, it’s not about you. But if you are being selfish and feel bad, go have a lie down and be kind to yourself.

In my experience, crowd interaction is usually in good spirits and I often ask the crowd for a chat so I haven’t really been heckled by awful people. I like to get into the guts of what they’ve said and what makes them tick, which is usually more powerful an insight than a simple put down. I want everyone to have a good time and no-one signed up to watch a cage fight at a comedy night (although I would never say never if it came to that).

The Danish word hyyge encapsulates a general feeling of warmth, happiness and glow. What would create this sensation for you?

If one of those baby seals swam up to me with those big eyes and nuzzled me – or any warm-blooded baby animal, really. But more realistically, laughing at dumb ideas and people with my family around the dinner table, seeing good people be rewarded in some way for their kindness, and watching kids sing their school song at assemblies – that inexplicably makes me cry, every time. I think it’s because it’s a display of innocence and goodwill that is so rarely seen in the world.

I hate having to pick favourites, seriously!

I’d love people to take a chance on me and help fill The Street Theatre this Friday 22 March at 7pm for my solo show Bogus at the Canberra Comedy Festival.

I’d also love people to come and see my buddy Tom Gibson and my first split show Unqualified at the Melbourne International Comedy Festival, March 26 to April 7 at Crowded in the Vaults, Federation Wharf near Pilgrim Bar. We’ve already sold out April 4 and the first two nights are nearly sold out before we get there too, so that’s encouraging.

I’ve been selected by the Sydney Comedy Festival as part of their “Fresh” new Australian artist program, which is really encouraging. I’m performing Bogus in Sydney at Enmore Theatre Laneway on May 18 & 19.