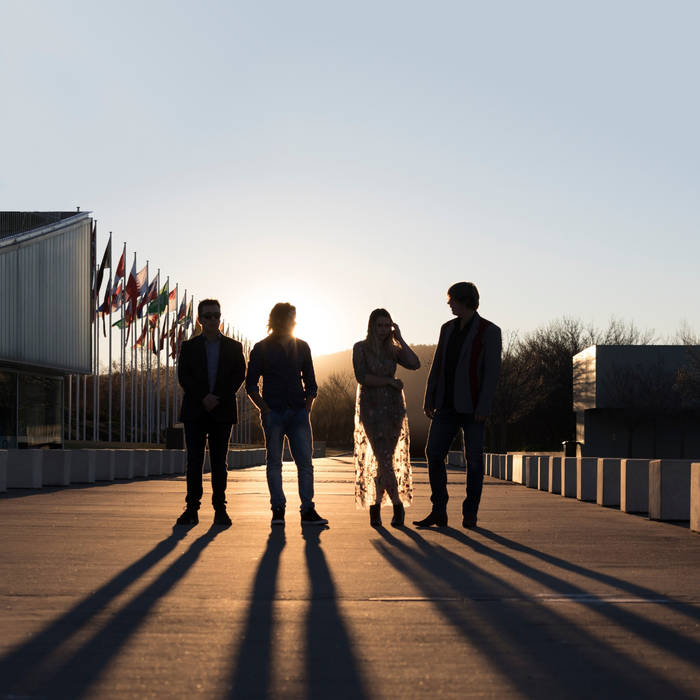 This new release by The Chesterfield Band is from their forthcoming EP Early Days, due out on digital platforms from 14 March. In the past couple of years, this Canberra based band has been touring and solidifying their line-up while getting some strong responses to their first two singles, Imagining Nothing At All and Home, which also exposed them to some international attention.

If It Doesn’t Hurt displays another facet of this indie pop-folk band’s multidimensional sound, perhaps one which might help expand their audiences by way of some crossover radio play.

The song begins deceptively, with a half time low-key introduction but picks up once the verses kick in. Immediately apparent is the evocative and wistful cadences of Tess’ voice. Her unique timbre together with her phrasing style embolden the melodic inventions of the song as well as provide a bittersweet interpretation of the lyric.

This is essentially a heartbreak track but with Tess’ impassioned and expressive vocal style it transforms into yearning and soul-searing emotional exfoliation. The organic properties of the band are harnessed by the evenhanded production with Tess’ vocals placed at an appropriate level above the instrumentation.

The individual parts of the song blend well together and are anchored by a chorus with good hooks – melodically and lyrically. When Tess’ voice moves from subdued to vehement in those sudden bursts of force, one can hear similarities to Eddie Brickell and Rickie Lee Jones.

The arrangement adheres to the verse chorus verse chorus cycle with a bridge section that allows the band and Tess to add some less controlled elements to the mix. This bridge is then interestingly cut in two by a guitar solo which actually works, enabling the desperation of the bridge lyric to coat the final chorus with a surprising sheen of resolution.

If It Doesn’t Hurt is an impressive record and a well-crafted folk-pop song performed by an arresting vocalist who will no doubt lead the band into commercially rewarding terrain.

The Chesterfield Band will perform at Smith’s Alternative on Saturday, 9 March. Their debut EP Early Days is available now from Bandcamp (link below) and on digital platforms from 14 March. They shall be supporting the EP Launch of Muddy Wolfe.