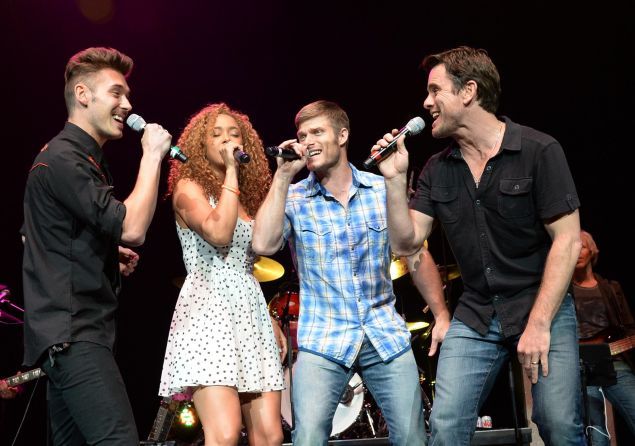 Nashville Live takes you back to the world famous Grand Ole Opry, through the history of country music from golden greats like Johnny Cash, Willie Nelson and Dolly Parton, through to the contemporary platinum selling sounds of Shania Twain, Garth Brooks and the Dixie Chicks. Nashville Live is a celebration of the legends of country music and the stories behind the hits.

Complete with a Grand Ole Opry style announcer revealing the hidden histories behind the biggest moments in country music, audiences can sing along and be moved to a mixture of classic solos, dazzling duets and powerful group harmonies as talented singers step up alongside the stellar live band to perform.

Featuring performances in major capital cities and regional centres around Australia and with a cast of incredible international performers, Nashville Live is the closest you can get down under to the bright lights, sights and sounds of the world’s most famous musical city, the home of country music, Nashville!

Thanks to Riot House PR we have two double passes (worth $170 each) to giveaway.

For your chance to win, write and tell allan@bmamag.com what title you would give to your debut country album.

It's a deep dive into Art, Not Apart's 10th Anniversary multi-arts festival this issue, with a merry jaunt with all the curators to see what they have in store. Also featuring: Iva Davies of Icehouse Cowboy Junkies Pod People Dorothy-Jane Chris Ryan Kirsty Webeck National Folk Festival Dismantle - Punk & Metal Festival Melbourne Ska Orchestra Plus a Stuart McMillen comic

Support BMA Magazine on Patreon!
6% complete
When we reach $500 per month we will begin the official BMA Podcast. This will include interviews with some well-known musicians and artists, tips and tricks for publishing in print and online, as well as other discussion topics around Bands, Music and Arts in Canberra!