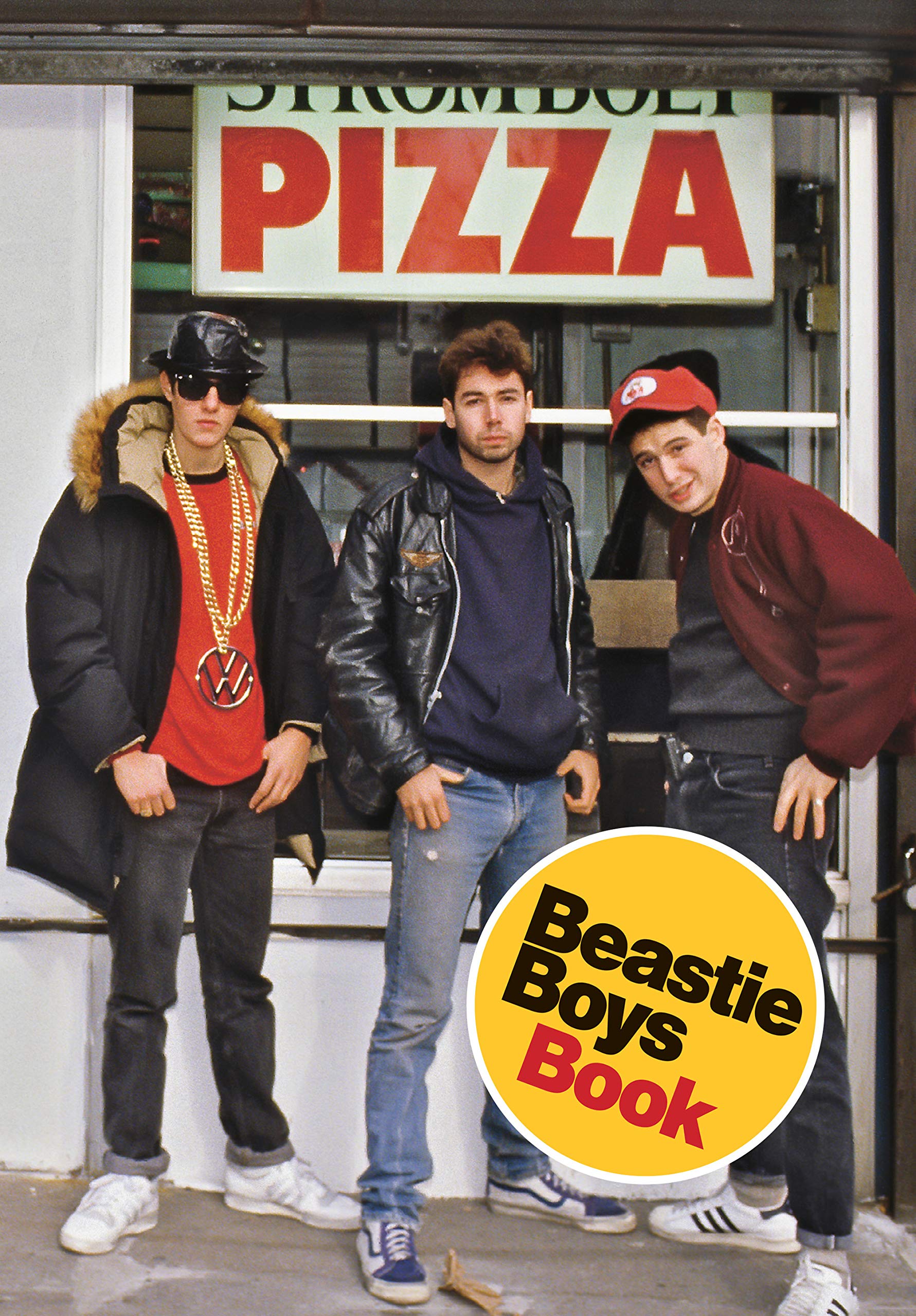 ‘Tis the season to approach anything resembling a coffee table book with extreme prejudice. It’s a wasteland of shiny hardcover nothings out there, and a Beastie Boys book seems like a prime candidate for a cash grab right? I mean the Beastie Boys are just a cheesy-fun, kinda douchy band that peaked before Britney and Timberlake did denim on denim right?

Holy crap this book is way better than it ought to be. It’s funny, it’s got all kinds of random extra stuff in it, it’s legit sad in places. It’s got both front row thrills and views from the mezzanine, with Mike D, Ad-Rock and contemporaries piling in their reminiscences of Sugar Hill rap and Germs-era thrash.

The Beastie Boys Book is autobiography, collage and this-is-your-life commentary injected by friends and celebs. Mike and Ad don’t just write their own memories, they get up in each other’s margins with comments and asides, bickering about things that happened and shooting the shit.

It follows them from being 80s kids in New York through the douche years, into fame fans and fake samples, and is just a metric fuck-tonne of fun.

A lot of nerd stuff is slipped in under the big rowdy scrapbook vibe too. It caters to the meticulous musos who want a floor plan of the band’s L.A. studio or an inventory of their favorite-est guitars, drum machines and amp heads.

Plus what’d usually be a garnish of bonus content is crammed in so thick it could be a book in itself. Amy Poehler steps up for a chapter to review Beastie Boys music videos, Spike Jonze chips in a photo journal and there’s a Roi Choi mini cookbook full of stoner recipes, including the hilarious ‘One Potato Chip’.

Sadly there’s a big Adam Yauch-shaped hole where MCA should be. The Boy’s third member passed in 2012 after three years battling cancer and even with the casual tone of the book it’s clear that Yauch had a huge impact on a lot of different people. You can feel how much they miss him in the stories they share about him.

It’s a shame that only Beastie Boys fans are likely to pick this up, because it’s just a good book. Too good to gather dust on a coffee table. This is a grown-up shelf book.