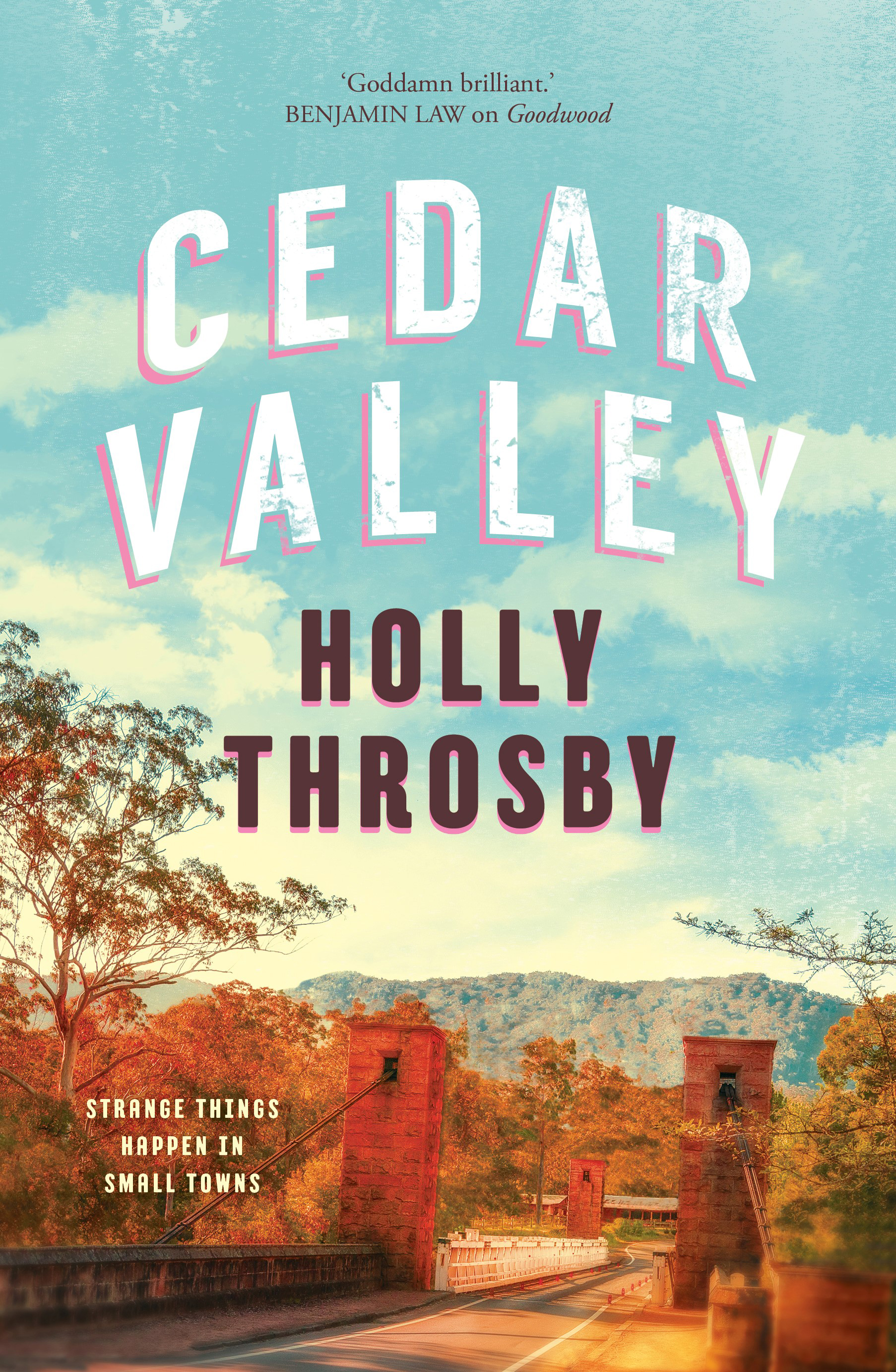 Holly Throsby writes crime fiction. Did you guys know that? Am I the last one to find out?

Throsby is better known as a singer songwriter, part of Australia’s acoustic femme set and notably the supergroup Seeker Lover Keeper. Her first literary endeavour, Goodwood, was showered in short listings for niche industry and indie awards. So without having read Goodwood (but being a fan of her music) I picked up Throsby’s new book Cedar Valley hoping it would be an off-beat gem.

Benny Moon, bland but relatable, insecure but promising, arrives in the regional town of Cedar Valley. Coming from uni and share-housing in Sydney she’s looking for a different speed of life, mostly to inhabit a closeness to her recently deceased mother.

On the same day a mysterious stranger arrives and dies in short order. The efficiency with which the stranger steps off the bus and carks it is the last bit of pacing in the book with any real momentum.

As those of us familiar with Throsby’s music would expect, Cedar Valley is the nice kind of slow and rides the line between quaintly and darkly charming, lingering over small themes and domestic pleasures. However the small-joys focus loses something in the translation to literature and rather than being the jewel of the piece, provides instead a serviceable back-drop for a series of conversations between local characters.

Safe to say it’s not a thriller, and a page-turner only in the sense that, well every book is. The central mystery of who the dead man is and how he died serves more as a vehicle for exploring the relationships between the townspeople than a source of suspense. Think The Luminaries rather than The Da Vinci Code.

As a character-based drama it works reasonably well. Characters achieve a minimal but realistic amount of personal growth in their allotted paragraphs. Half surfaced ideas that disappear back into the subconscious and lessons realised but not acted on lend a certain amount of tension. It also has elements of a real-life unsolved case worked through it that true-crime buffs are likely to appreciate.

I found the realism good up to a point. Clues to the mystery emerge as characters tell and retell each other the same stories, slowly drawing out more information as they do the rounds. While this is probably an accurate representation of the way a story travels in a small town it gets a little repetitive. Even assuming Cedar Valley was going for a slow burn, I was left wishing the editing was a *smidge* tighter. But you know, not a deal breaker.

Cedar Valley. Pretty good, but also easy to put aside.