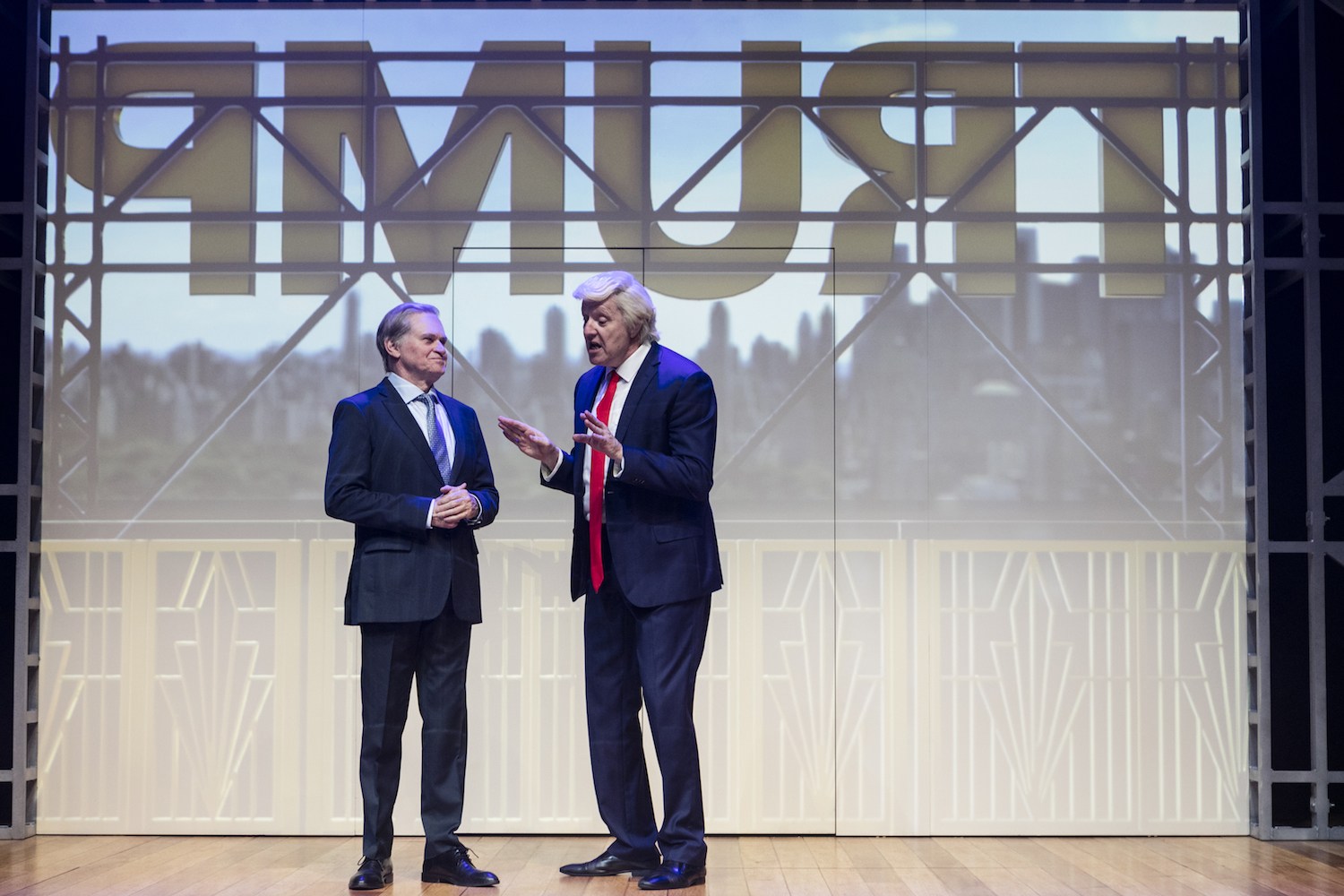 The Sydney Theatre Company’s Wharf Revue launches a fresh set of surprises every year despite the stability of its format: a series of sketches and song-and-dance routines sending up every well-known politician and some of the party-political insanities it’s our dubious pleasure to collectively witness.

This year’s Revue has tweaked its format somewhat, replacing some individual skits with a couple of long sequences — in particular featuring a very funny pantomime, and a rather poignant conversation between Queen Elizabeth II and a drop-in visitor from America with a penchant for self-promotion. Deepening the scenarios worked well in painting fuller pictures of the Revue’s victims — er, subjects — and gave the production a stronger sense of a connected whole.

Revue regulars may notice the absence this year of Phillip Scott, now busy putting his creative brilliance into other adventures (more power to his elbow!). In his place as musical director and on keyboard is Andrew Worboys, with the leads singing in four-part harmony to evoke an “Oh, yeeah!” response.

Unfortunately, a few days into the Revue’s 2018 season, Drew Forsythe had to pull out of the production due to illness. He’s expected back for the tour’s final few weeks, but in the meantime newcomer Simon Burke has taken over many of his roles, fitting in perfectly to capture several large personalities to a tee.

The loss of one or two acts altogether with Forsythe’s withdrawal necessitated late creation of some new ones, and Jonathan Biggins, the remaining permanent cast member, has created an amazing pull-no-punches Paul Keating speech. Biggins’s depiction of perhaps Australia’s most recent real political leader is a hoot, and at the same time rather moving in its sincerity.

Also new to the team is Douglas Hansell (Home and Away; All Saints; Underbelly: Badness), freshly back from London for the production. Having captured the essence of several politicians and learnt to sing impressively extensive song lyrics, Hansell (who performed in the 2014 Revue) too seems as though he’s always been part of it.

The screeds of writing that must go into the dialogue and singing make triply impressive the ability of the Revue to keep up with current political shenanigans. The Canberra opening-night performance played on Kerryn Phelps’s likely win, barely announced by the time the curtain rose, of the (Wentworth) by-election.

Combining intelligent analysis, sharp wit, and outrageousness in recognition of the most atrocious behaviour (as well as some of the most endearing traits) that some of our most powerful and least accountable citizens demonstrate to a bemused world, the Revue remains matchless in sophistication. The entire production demonstrates an awesome range of acting, speaking, singing, and even dancing skills, but particularly surprising was the range of instrumental prowess on display, particularly in an eye-opening song about plastic. (Stay sharp, and catch the lyrics.)

This is the fastest hour and a half you’ll enjoy all year.