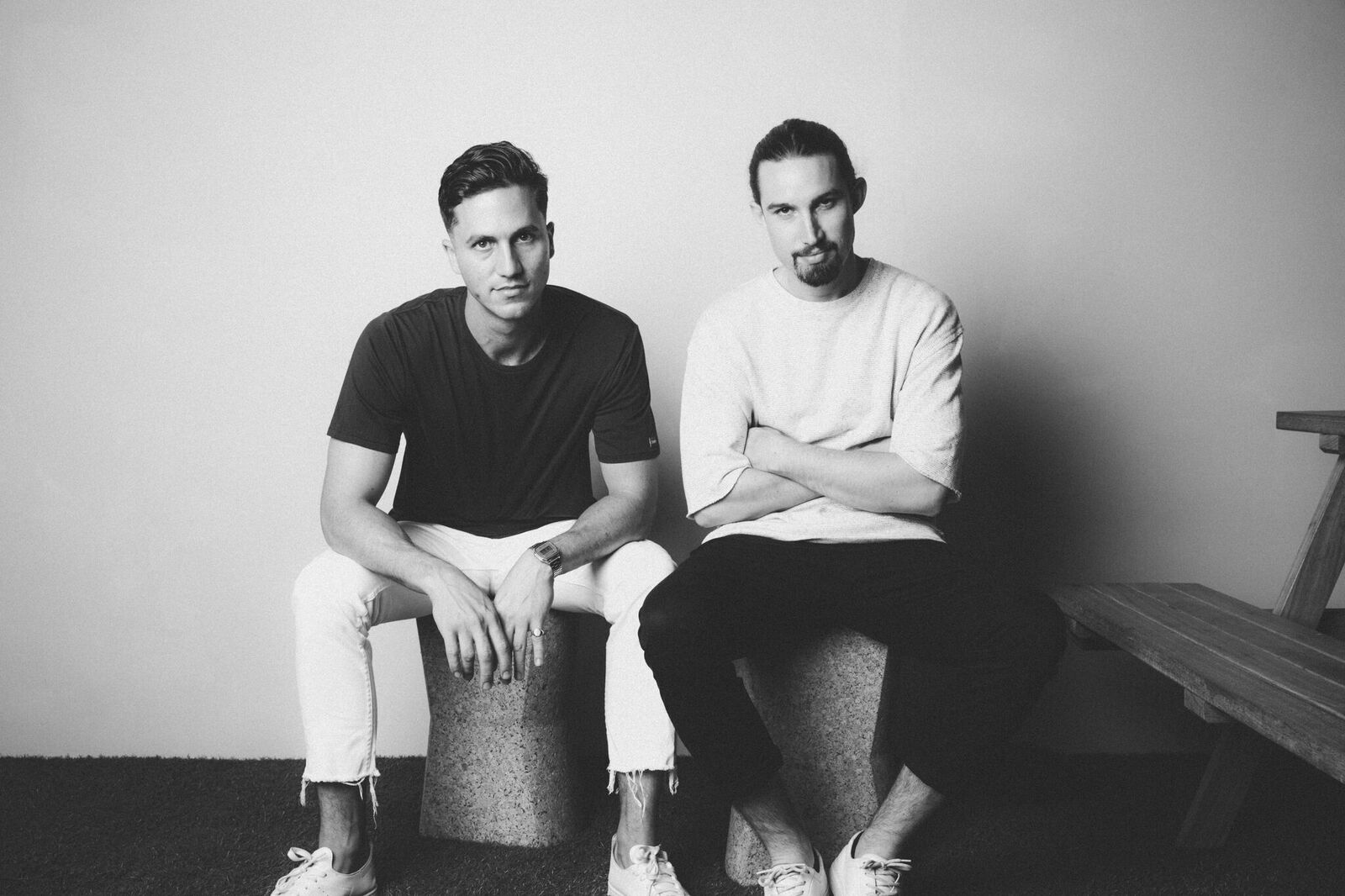 Dynamic electronic duo Set Mo are set in a mo to play Canberra at Molo over at the ANU this evening – Friday 5 October, in the year of our Lord 2018 – so we decided to jump on the ol’ internetz to catch up with Nick Drabble and Stu Turner.

BMA: So! You’ve returned this year from Euro-trotting and writing overseas. How did that all go? Any funny tour stories to share?

SET MO: It was an amazing experience. We met so many talented musicians from all around the world and got a song out of pretty much every session we did. While we were in Berlin we tried to go to Berghain and unfortunately were rejected but realized we were close to a friend’s studio and so went and banged out another song. Not a bad result really.

Tell us more about the track-a-month series. How did that come about?

We’d been writing for about 18 months by the end of last year and we were sitting on around 30 songs. They all varied so much in their styles and tempos and we couldn’t decide if we were going to release some singles, compile them into a couple of EPs or just go for an album. We’d been discussing for quite some time when we decided to put out a song a month, thinking we’d be able to take people on the musical journey we’d just embarked on around the world. 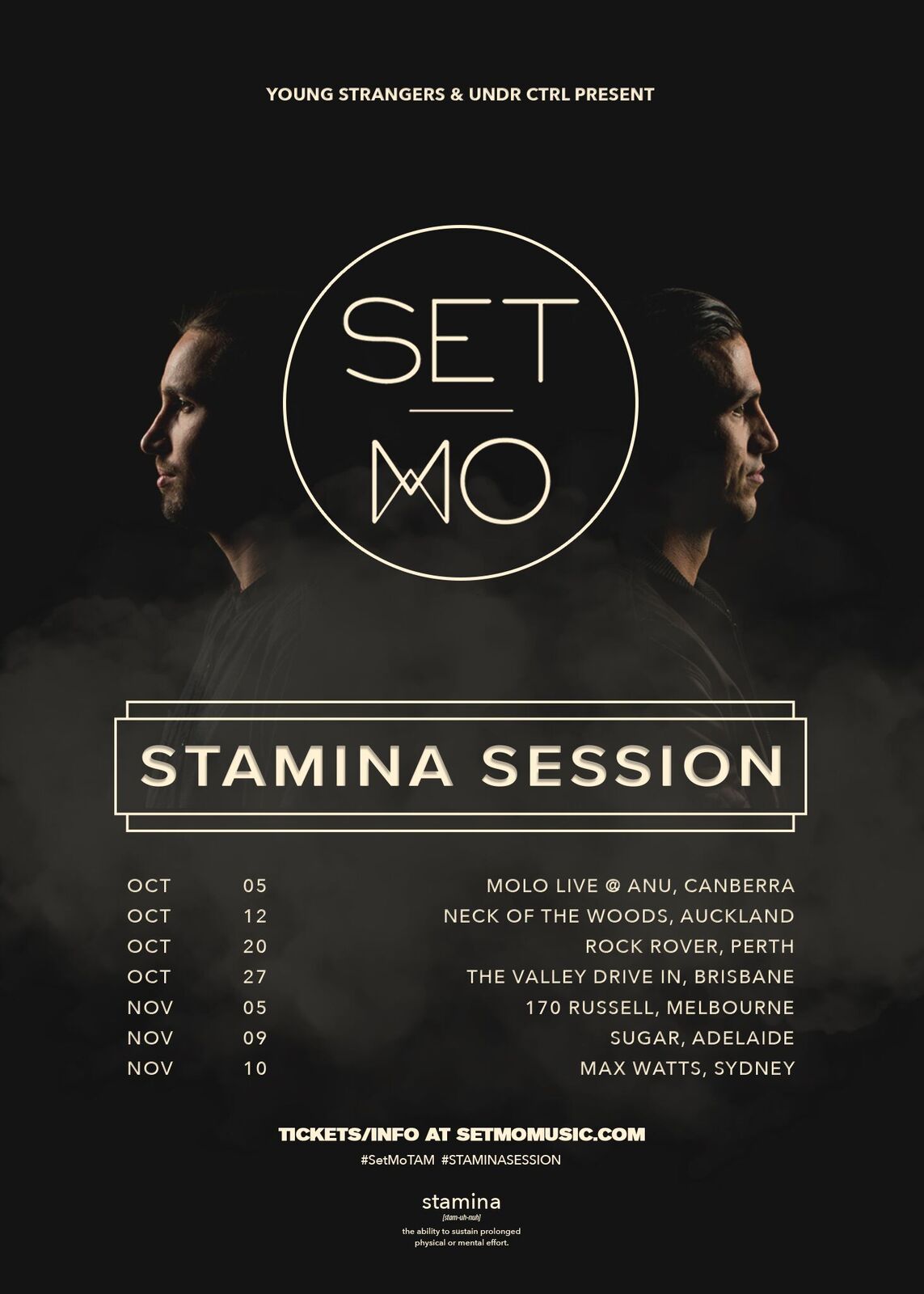 Where did the name Stamina Sessions emerge from?

We play minimum four hour sets at these parties, so the name is really just about having the physical and mental Stamina to rave with us all night long.

Beautiful vocal from Alister J Wright on ‘Down The Line’, which is to be expected. How did that collab come about? Do you write the track first and then place the vocals over the top?

We were lucky enough to have our last studio in the same complex as Cloud Control. They were finishing an album at the time and we were touring pretty heavily, and unfortunately couldn’t tee up a session at that time. We’ve stayed in touch since and Al came over to see the new studio and we banged out ‘Down The Line’ while he was there. We typically write both at the same time with everyone having input on all aspects of the song, it couldn’t be a more collaborative process and that was the case for this track.

We literally have a list of people we would love to work with! There’s so many talented artist we admire out there both big and small. Would love to do a track with Vera Blue as she has an amazing voice. Also big fans of a kiwi artist called High Høøps, we’d love to work with him too!

You guys know how to write some really warm, chunky bass. How do you go about doing that? What sort of programs/tech do you use to achieve your sound?

We love bass! It’s such a vital part of dance/electronic music. We write all our music using Ableton. We have a bunch of things we use for bass sounds but if we had to pick one go to it’s a soft synth called Trilian by Spectrasonics. It samples most of the classic synths and sounds great!

After this tour has run, what are the plans for the future?

As soon as this tour wraps up we’re going to start building a live show which had us very excited/nervous.

Cheers for your time, gents!