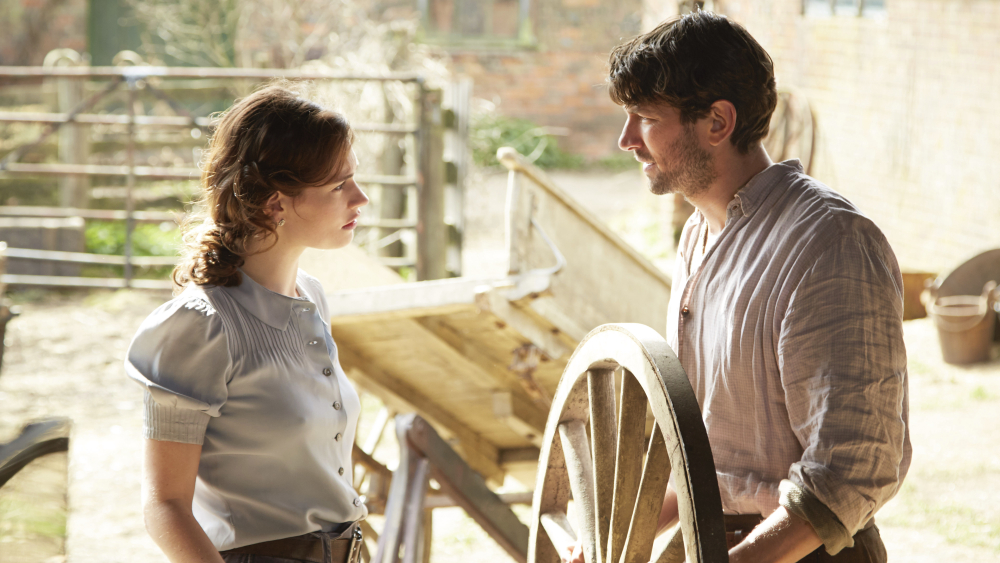 It’s little wonder that The Guernsey Literary and Potato Peel Pie Society was playing to full theatres over the weekend though its season is nearing an end; this is a very fine film.

Young published author Juliet Ashton (Lily James) receives a letter from Dawsey (Michiel Huisman), a resident of the island of Guernsey, in the English Channel. Dawsey, with Juliet’s address in a book she once owned, asks her to locate another book for him, and in exchange tells her of the wartime origins of the intriguingly named book club, thereby piquing her interest and promising a story lead. Inviting herself to Guernsey and to a meeting of the society, Juliet finds herself immersed in several mysteries surrounding it, not least the fate of the society’s founder, Elizabeth McKenna (Jessica Brown Findlay).

With this film, Director Mike Newell (Four Weddings and a Funeral, Harry Potter and the Goblet of Fire) has excelled himself. Without complex plot or overt special effects, Newell has created a heartwarming gem.

The story, believable yet magical, is set largely on Guernsey Island (though actually filmed in the beautiful English counties of Devon and Cornwall). With well-played leads, realistic costumes, and spectacular scenery, the film’s visual appeal alone makes it worth watching.

The story, though, tugs subtly but insistently on the heartstrings, and in effect pays moving tribute to the many wonderful souls who maintained their spirits and their humanity despite military occupation and its privations. The icing on the cake is the story’s execution by the finest acting, and James’s ability to convey Juliet’s thoughts and feelings through facial expression alone is amazing.