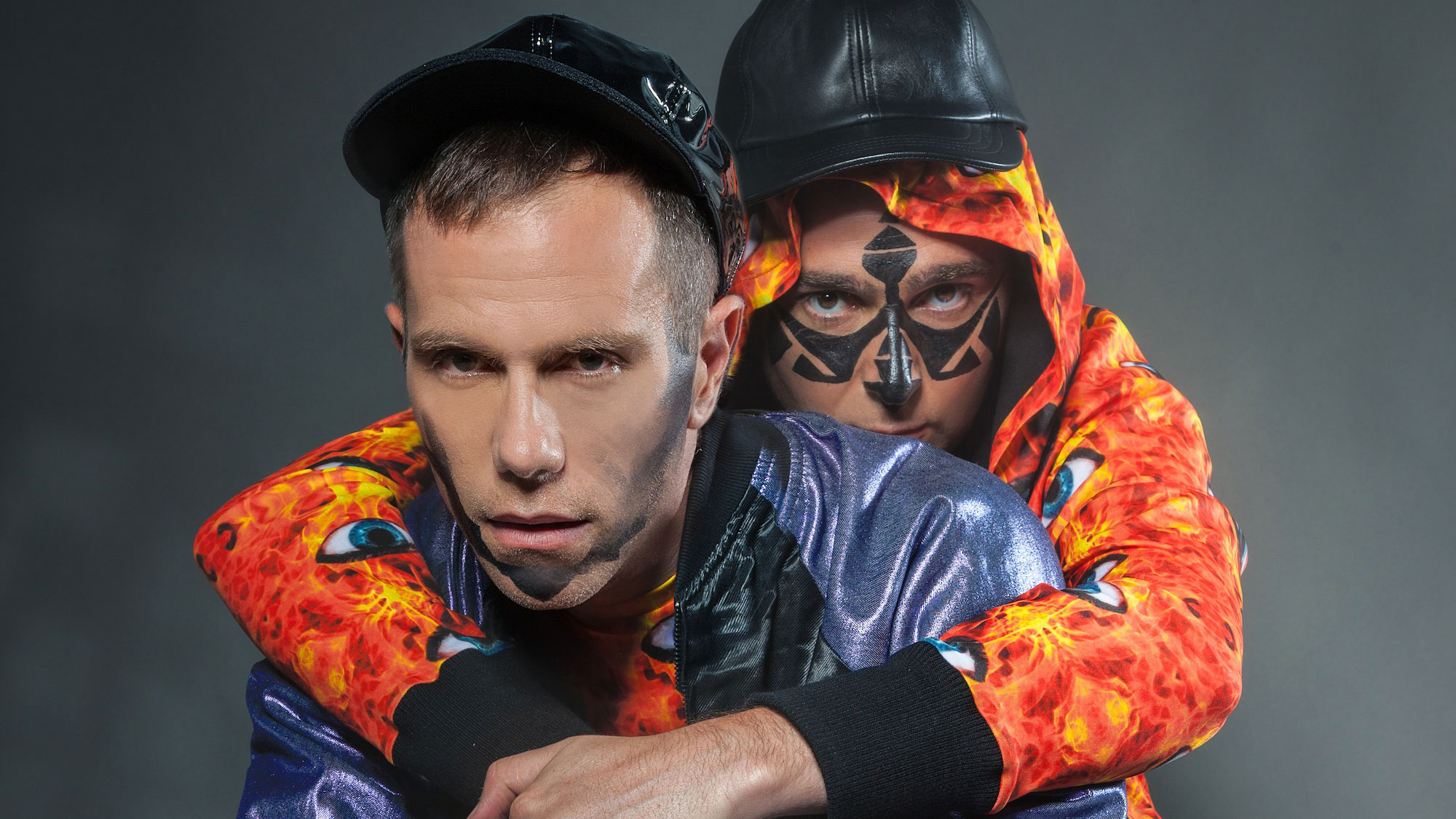 “We want to encourage our fans to live a life with energy, so it worked.”

Julian Hamilton‘s explanation for the title of The Presets forthcoming album was a terrific summary of the 15-year career of one of Australia’s premier electro groups. The duo continues to have an energy and depth that goes beyond artists in any genre, and as they continue to shine bright it seemed pertinent to consider how they do it.

“We wanted to make a record that is really bright and up for it, you know a real party record and we wanted a title that felt loud and bright, visual and exciting. Hi Viz just popped out, went on our list and that was our favourite.”

The album certainly has that vibe, enhanced by a bunch of cameos from various circles of the musical landscape including DMA’s, Alison Wonderland and Jake Shears (of Scissor Sisters fame).

“We didn’t really write anything specifically for anyone,” Hamilton reveals. “We had a bunch of material that we were working on and in every song we thought ‘how can we make this song better’ and one of us would suggest ‘oh we can put some guitar on this one, who plays guitar that we like?’ Whether it be Shane from DZ’s or Keiran, or we want some bass on this one so Touch Sensitive and our friend Michael. We thought maybe it would be cool to get a girl on this one, a young punky sounding girl, so why don’t we ask Alison coz she’s kind of a mate and a fan of ours, and we’re a fan of hers. So it was just more like that. We were just trying to find people that did the things that we needed on each song.”

With Jake being one of the few international guests I wanted to know how his spot evolved.

“Jake is just a mate of ours. He’s a fan of the band and came and saw us play a couple of times and we became friends over the years and we always promised we’d try and do something together, and we had ‘Tools Down’ and thought it would be good to get some singing on the back of it. It was all more of just getting our friends to help us make a record.”

The album also has some big name mixing, with John Hanes on board. Having worked with the likes of Bruno Mars, Sia and Major Lazer I was curious how involved they were in that decision.

“Very, that was our decision,” Hamilton states. And given his work on ‘Uptown Funk’ was there any correlation to their track ‘Downtown Shutdown’?  “Not really, we wrote that long before we worked with him.”

When listening to Hi Viz I was reminded of just how unique Julian’s voice is. After graciously responding to my compliment he went on to modestly describe his vocalist career and lack of direct influences.

“That’s very nice of you to say. Golly gosh it’s hard to say. I was in the choir when I was a kid but I’ve never really seen myself as a singer; my instrument is the keyboard. I was never really a singer but when we first started this band 15 years ago the idea was to get guest vocalists in in the same way the Chemical Brothers do, or Basement Jaxx. I would sing songs for the demos but then somewhere along the line people said, ‘Jules you kind of sound OK, why don’t you just sing the songs yourself?’

“So I ended up being the singer for the band. I never thought I’d be the singer in a band. But here I am and I’m just trying to work it out to be honest. I don’t really give too much thought to it.

“I don’t know… There’s so many singers out there that I…..I don’t know,” he continues. “I was going to say admire, but I don’t know. I really like songs, I like melodies, music, but I’m not a big admirer of voices. If you watch Australian Idol there’s all these kids with amazing voices but that’s never impressed me as much as a really shit singer who writes really great songs, you know what I mean?”

I sure do Julian; his explanation making me realise why I’ve always somehow connected with them on a punk type level.

On top of their outstanding career with The Presets, both Julian and Kim have a strong record producing and writing with other artists. With accomplishments such as writing Silverchair’s ‘Straight Lines’ amongst others I wondered what some of his proudest might be.

“I’ve been most proud of The Presets first and foremost. But after that, I’ve written songs for big artists like Flight Facilities, Flume and Silverchair and I’m super proud of that stuff but I’m also really proud of small artists who don’t sell much at all.

“I’ve written other songs that never even got released for whatever reason,” he continues. “I’m very proud of some of those songs. I think one of the most beautiful songs I ever wrote was with Megan Washington and it was going to be for a damn singing show, like The Voice or something and it was a really beautiful song. But they didn’t want to use it on the show; Megan didn’t want to use it for her record. So it just kind of got chucked away. So there’s songs like that that no one will ever hear that I’m super proud of. It’s a funny old thing.”

After 15 years in the industry, with successes on various levels, the duo certainly has seen their fair share of the music industry.

“We’ve been so lucky to have a career in this business for so long because we know so many more musicians, friends of ours, who are infinitely more talented than we are who don’t enjoy the same kind of success as we do. So we are very grateful for that. It’s a funny old business; we’ve watched it change. When we started there was no Facebook, no Soundcloud or Spotify. Myspace was just a new thing. We used to sell, you know… CDs.

“It’s crazy how much the industry has changed over the years. It’s great the way it’s changed, now that young artists can make songs in their bedroom and upload it that night for all their fans to hear. That’s awesome. If we were starting today I don’t know how we would go in that climate, in this new world. It’s a pretty amazing time to be a musician; back in the day it was very hard to put music out. You had to get a record deal, try and be in magazines. It’s a different world.”

One thing that hasn’t changed in the business though is performing live, and it’s The Presets ability to combine a rock show vibe with their electro tunes that has enthralled audiences for many years now. Fortunately, they’re bringing that show back to Canberra to promote Hi Viz. So, what can we expect?

“Our show has always been changing over the years. It’s still going to be a big sort of rollicking party with all of these videos for certain songs and remixes of old tracks. We’re rehearsing at the moment and can’t wait to take it out on the road.”

The Presets perform at UC Refectory on Thursday the 21st June. Tickets are $61.10 through Oztix. Hi Viz is set for release on 1st of June.