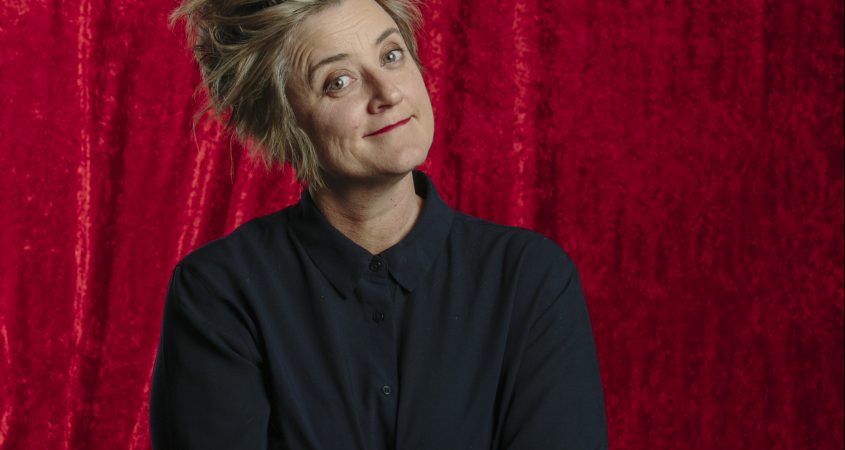 The comedy scene in Canberra punches well above its weight, and two people who have worked really hard to impress local audiences are Tom Gibson and Chris Ryan. After a gig at the Civic Pub earlier this month, Frances McNair and I (local baby comedians) had a chat with them about watching the local scene grow.

So, how long have you been doing stand-up?

[Tom Gibson]: My first gig ever was RAW Comedy 2004 – after that I didn’t do comedy again for a year.

[Chris Ryan]: He was the start of the scene. Like Tom I did RAW, that’s what got me going as well – set a deadline, enter a competition. That was 2012 – and he won it [the Canberra heat] with his first set, and I won it with my first set.

And now you’re both doing solo shows in the Canberra Comedy Festival in March, tell us a bit about that.

[Gibson]: My show is called Are You For Real?, which is trying to capture the questions that I seem to ask or be asked in life.

[Gibson]: I usually extract the title from the line in a joke. There’s a joke I have which has that line in it, but I feel like with a lot of my jokes I could say that at a point and it would fit.

[Ryan]: I’ve been in the festival since the start, but this is my first solo show which is exciting, it’s called Grey Matter, it’s all about getting older.

[Gibson]: Is this really your first solo?

[Ryan]: At the CCF yeah, it’s taken me a long time to feel like I’m ready and I didn’t want to do it before I felt ready. I didn’t even take up comedy until I was older – I wanted to do it when I was younger but I felt like I had nothing to say, I felt personally that I needed to go through some hardship before I had any right to do comedy, for some reason.

What helps you after a bad gig?

[Ryan]: I got a really great piece of advice from a woman called Mandy Nolan, who’s been in the business for 30 years, and she said that you owe it to your audience to speak from your experience. In the early days, I would try and hide that I was a woman or a mum, I didn’t want to be branded as “just another girl doing girl comedy” so I would try and pretend almost to be asexual, it was bizarre. But she said: “You owe it to those women in the audience who are DYING to hear about what shits you behind your door, take us into your life.” So even if you have a suckful night, you still have stuff to say.

[Ryan]: You do get cocky sometimes, sometimes you hear more laughter than there really was, because you were really happy with [your set] – you have to do that hard kind of self-assessment, but if you’ve still got something to say, you owe it to yourself to say it.

[Ryan]: The weirdest/shittest gig was a corporate gig for a burrito company. In one day I had to go to three burrito stores and do comedy to people who DID NOT WANT stand-up comedy in their day. At one place there was no-one in the store. This young manager was looking at me, saying “I’m so sorry, I never would’ve allowed this if I knew about it.” She offered me a burrito, but I’d already had one at the last store.

Did you get anything from a gig like that?

What shows should people go to see at the CCF next year?

[Gibson]: I like Anthony Tomic at the moment, I reckon now he’s just finding his feet and going to the next level.

[Ryan]: Sorry to be all male-centric here, but Luke Heggie is one of my favourite comedians. He is a man that writes every day, he writes EVERY DAY and he’s a very structured and committed comedian, he works hard and it shows. And I love Becky Lucas, I would go and see Frances and the crew [“Look At Me Now, Mum!”], Danny and Andrew Bensley are huge favourites of mine, ACT Like a Lady.

[Gibson]: People who see comedy in Canberra go to see the big names, and they love them, but the best time to see a comedian is before they’re a big name. The best guys are at the cutting edge just as they’re on their way up, and the only way to see those guys is at the Civic Pub, or at the festival, in a smaller room, so take a chance I reckon – you’ll rarely hate a comedy night but you might unearth someone that you love.

You can see CHRIS RYAN and TOM GIBSON, along with local and international favourites at the CANBERRA COMEDY FESTIVAL, which runs from March 19-25. Tix at canberracomedyfestival.com.au.

Liked it? Take a second to support Ellie Windred on Patreon!

Support Ellie Windred on Patreon!
12% complete
When we reach $500 per month we will begin the official BMA Podcast. This will include interviews with some well-known musicians and artists, tips and tricks for publishing in print and online, as well as other discussion topics around Bands, Music and Arts in Canberra!