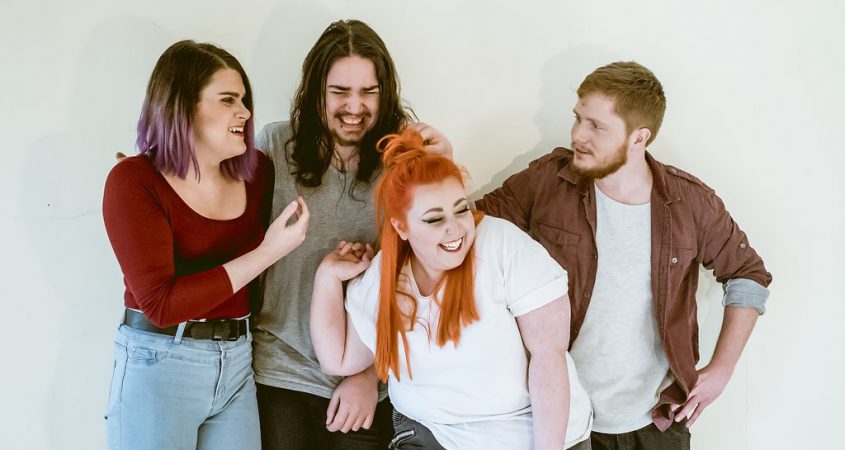 Sydney-based alternative rock band THE LAST EXPOSURE are loading up the car for another tour this September, and they’re gracing the Canberra stage not once but twice on this trip.

Even though I’d only met them once, I stayed with Chelsea Barnes and Hayley Curran when I last needed a place to crash in Sydney. I’d just had a huge session on my half-sleeve that had me much too weathered to drive all the way back to the ACT, so they kindly extended a generous hand. We sat by the fire, had a few drinks, bonded over some ace tunes, and talked about how the band got together.

Forming in 2013 whilst studying at JMC Academy in Sydney, they started out as a university project. Each member would come from Penrith, Campbelltown and Wollongong to write and rehearse. After developing an album’s worth of material over the duration of the course, they decided to stay together upon its conclusion and continue on into the live music scene, and we are just so chuffed that they did.

Advocates for LGBT rights, abolition of gender stereotypes, and self-love/self-acceptance, the majority of their songs are ones of empowerment. They’ve already been turning heads with their previous singles, ‘Human’ and ‘Echo’, and their latest track is no exception. ‘The Boys’ was released on the 17th of last month and its themes of inclusion were a very heavy focus.

“We are just a small part of the great force that’s pushing for change,” says Chelsea. “Obstruction of inequality and inequity is present more than we realise. We live in a world that I feel is afraid to grasp new ideas and move out of what is considered to be ‘normal’. We are learning, but if we want the world to grow and develop we need to break the moulds we’ve created.”

Produced by Lachlan Mitchell of Jungle Studios (who has also produced albums for The Whitlams, Kate Ceberano and The Jezabels), the song is about the issue of feeling safe at gigs. Initially the song was written about the relationship between homosexual and homophobic males, but over the three years that the band have been performing it, it has evolved. More and more the issue of inclusion at music events is hitting the spotlight and The Last Exposure recognises its importance. Chelsea confidently states: “I will continue to use my voice as an expression towards diversification becoming normality.”

The Last Exposure will be playing in Canberra with Camp Cope and Worriers at The Basement on Tuesday September 19 and with Moaning Lisa, Helena Pop and Dalmacia at The Phoenix on Friday September 22.