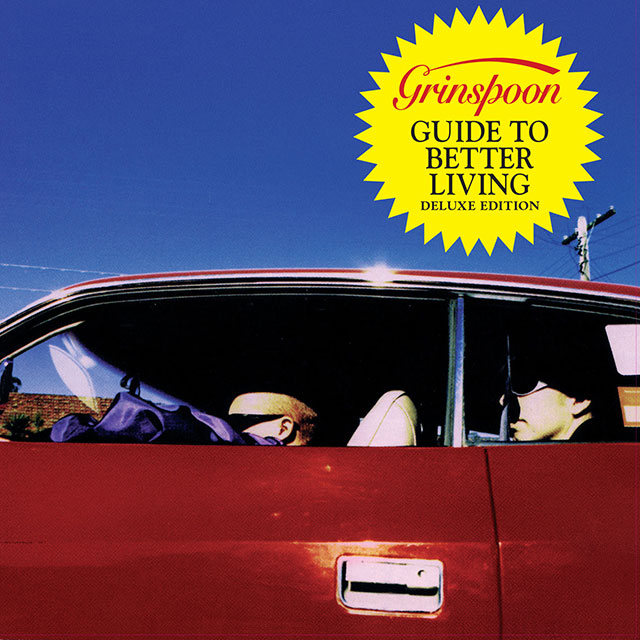 The list of albums turning 20 this year is phenomenal. It’s worth looking it up because it’s impossible to shortlist the fantastic music released at home and abroad in 1997.

Inaugural Triple J Unearthed winners, Grinspoon released their debut album Guide To Better Living in September ’97. The album was instantly lauded and reached #11 on the ARIA Albums Chart and by the end of the year had achieved platinum sales. In 1998 GTBL was nominated for the ARIA Music Awards Breakthrough Artist – Album.

Grinspoon became festival stalwarts in the late ‘90s and early ‘00s, playing regularly at Falls Festival, Big Day Out and Homebake amongst others. I remember one year at Homebake they weren’t on the bill and there where t-shirts circulating with “Where the fuck are Grinspoon?” emblazoned on them.

At a time dominated by bands like Silverchair, The Living End and The Superjesus, Grinspoon unleashed the true definition of ‘short-fast-loud’ with their average song length well under three minutes. The Grinspoon formula seems to be very effective: pack songs full of heavy AF riffs, fat bass lines and the grooviest of drums into the shortest timeframe possible without leaving anything out. They do this with near perfect accuracy.

20 Years Of Better Living includes all 16 original tracks as well as a live recording from a Grinspoon performance at the legendary CBGB in late ’97. There’s a bonus disk including a previously unreleased track, a mellow track by Grinners’ standards, called ‘Green Grass Meadow’. There are some fantastic remixes as well, although I had higher hopes for the Groove Terminator version of ‘Champion’ which sounds eerily like something from the Spawn soundtrack. There’s a heap of rare B-sides, live tracks, and a performance from the Falls Festival in 1997. Instead of reading about it, go listen to it!

Grinspoon are currently on a 26-date national tour of Australia, playing GTBL in full and being supported nationally by Hockey Dad.

Support Jeremy Edwards on Patreon!
7% complete
When we reach $500 per month we will begin the official BMA Podcast. This will include interviews with some well-known musicians and artists, tips and tricks for publishing in print and online, as well as other discussion topics around Bands, Music and Arts in Canberra!