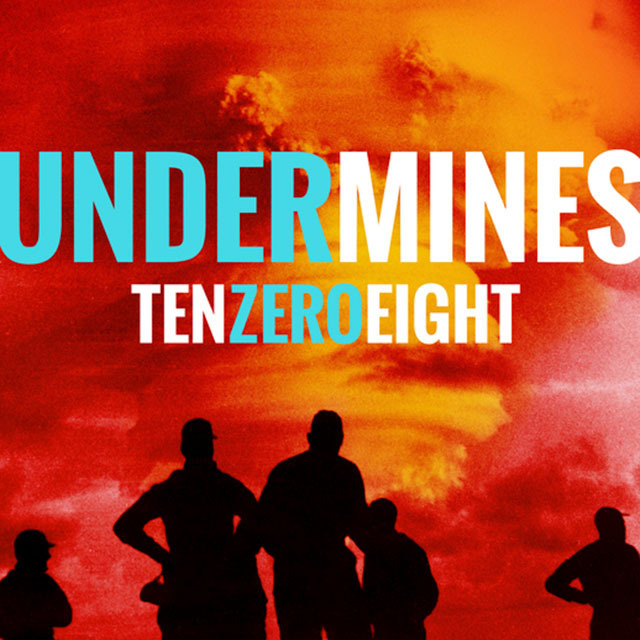 Local band Undermines formed in 2015 and honed their craft for a couple of years before launching their debut LP TenZeroEight. There are some interesting pedigrees in band members, with guitarists Dylan Webster and Jason Sharples having previously collaborated in The Fools. Recorded locally at Infidel Studios in Queanbeyan, the music is garage rock with a fondness for the ‘70s, with all the rawness and vitality that era espoused.

The Undermines are a simple guitar, bass and drums combo, with a little guest appearance of the Hammond organ, used subtly. When tasting wine, you look for various scents. Applying this technique to the Undermines’ album, spicy aromas of Hoodoo Gurus can be detected, with a taste of The Sunnyboys in the palate. Unadorned by any effects, the music is honest and forceful, with most tracks being fast movers, overloaded with energy. Opener ‘Get Down (or Lay Down)’ builds momentum with rolling drums and churning guitars, with lyrics delivered belligerently with the half sung, half yelled style favoured by vocalist Michael Preiss. In ‘Self Sabotage’ bright guitar licks flash by like white lines on the road, before the song comes to a screaming stop, with no time or patience for any fade out.

‘Hard Time’ from whose lyrics the CD title is drawn, contains a slow passage with a low, bot boiler bass burble, before arcing up again to the band’s usual frantic pace. ‘Ghost’ comes with a choppy tune and vocal hooks which provide the atmosphere appropriate to the track title. Disk highlights come in ‘Girt’ with its drawling, in your face declaration of desire, and ‘Caged and Broken’ with its irestarter licks and aggressive rhythm.