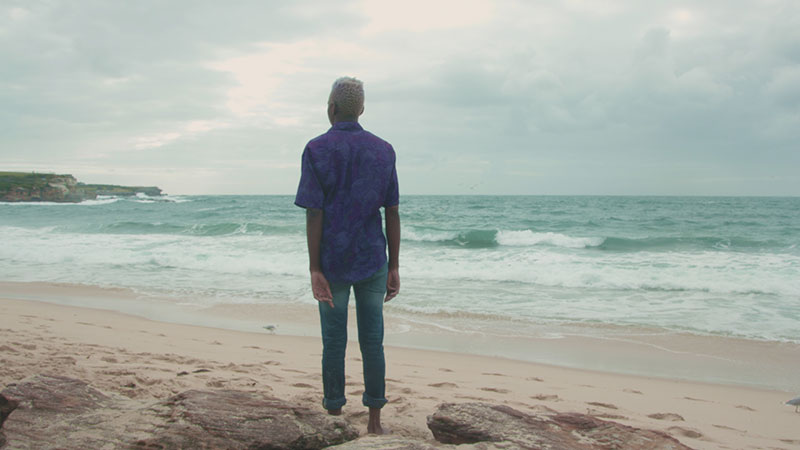 At the end of last year, YouTube hosted a one-day workshop at the Australian Film Television and Radio School in Sydney. It brought together over 100 social media influencers, artists, content creators and activists from all over Australia to discuss how to combat online hate speech. This workshop was called Share Some Good. At the end of it, YouTube challenged participants to pitch ideas for short films that it would fund, with the aim of making these films part of a bigger campaign. Former Canberran OLIVER LEVI-MALOUF was at this workshop and the idea he pitched to YouTube was selected. The film he made, DEAR FUTURE ME explores the aspirations of five young LGBT people, and launched on his YouTube channel at the end of May.

“I knew I wanted to make something about the LGBT community,” Levi-Malouf tells me. “Because, being gay myself, it’s always been a big issue where, online, there’s so much hate thrown towards our community. It’s almost like internet culture to say something’s gay or, you know, to throw hate towards queer people online. And that makes me quite disappointed and upset every time I see that in the comments section somewhere.”

For his film Levi-Malouf approached five intelligent and passionate LGBT youths and asked them to write letters to their future selves. “I then took those letters, which were just beautiful and heart-wrenching to read, and turned each [one] into a metaphorical, visual representation using surrealism and magic realism and beautiful poetic imagery,” explains Levi-Malouf. “We created a beautiful dreamscape of each letter and in the final version of the film, those dreamscapes are kind of mixed with shots of people writing their letters and a voiceover from each person reading their letters out.”

For Levi-Malouf, he hopes that his future self gets to tell stories. “I don’t particularly mind if that’s through film, through theatre, through art or performance … but film will always be my passion. So, when I leave film school, hopefully I’ll start making films,” he says. Originally from Canberra, Levi-Malouf would love to make a film here. “I miss the outdoor aspect of Canberra. In Sydney, I’m always fighting to go off somewhere for a bush location or just an outdoor park with trees. There have been so many times when I’ve been looking for a location in Sydney and I’m like, it would almost be easier to drive back to Canberra for the weekend and shoot it there because I know the perfect place in Canberra!” But for the immediate future, Levi-Malouf hopes his film Dear Future Me will help counter online hate speech aimed at LGBT people, and help celebrate what it means to grow up as a young queer person in Australia today.

You can watch Oliver Levi-Malouf’s film, Dear Future Me on his YouTube channel.