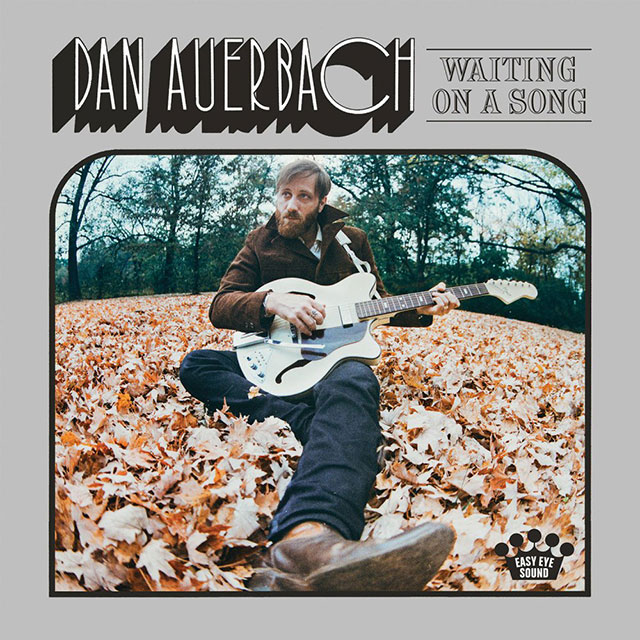 Dan Auerbach has become one of modern music’s most prolific songwriters for over a decade. First gaining recognition as frontman and guitarist for blues-rock duo, The Black Keys, Auerbach has since had a hand in shaping many modern bands through producing and playing. A man with timeless tastes, Auerbach’s signature style is renowned for taking influences from the blues, and popular music of the ‘60s and ‘70s, and giving them a modern spin.

Waiting On A Song (2017) is Auerbach’s second solo effort and sees a stylistic change from his solo debut. Where Keep It Hid (2009) was heavily influenced by rootsy-folk vibes and stomping blues, Waiting On A Song channels Nashville country-rock sensibilities and ‘70s soul. Each track is beautiful in their simplicity yet expertly crafted. Auerbach uses acoustic and electric guitars interchangeably with horn sections, string sections and a variety of percussion, all as different colours used to paint a picture.

The title track, and first single from the record, sets a Nashville-inspired scene for the entire record, drawing comparisons to Creedence Clearwater Revival. The tasty twang of Auerbach’s guitar lines continues further into the album on ‘Stand By My Girl’ and standout track, ‘Cherrybomb’. Other cuts, such as ‘Shine On Me’, rely on perfectly constructed harmonies reminiscent of The Beatles, while ‘Malibu Man’ features an organ and string section lifted straight from a blaxploitation soundtrack.

More focused than his last solo effort, Waiting On A Song shows just how versatile Auerbach is as a songwriter. The Black Keys’ frontman has constructed a nostalgic record that sounds equal parts modern as it does timeless.

Support Thomas Spillane on Patreon!
7% complete
When we reach $500 per month we will begin the official BMA Podcast. This will include interviews with some well-known musicians and artists, tips and tricks for publishing in print and online, as well as other discussion topics around Bands, Music and Arts in Canberra!